The world is running out of helium. Here’s why doctors are worried. 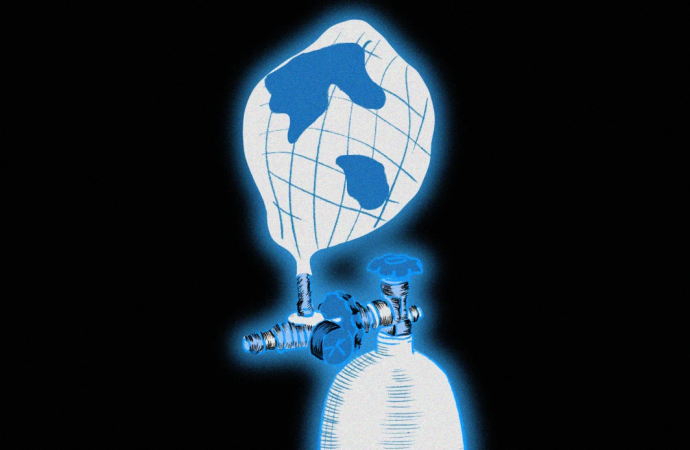 Liquid helium, the coldest element on Earth, is needed to keep the magnets in MRI machines running. Without it, doctors would lose a critical medical tool.

A global helium shortage has doctors worried about one of the natural gas’s most essential, and perhaps unexpected, uses: MRIs.

Strange as it sounds, the lighter-than-air element that gives balloons their buoyancy also powers the vital medical diagnostic machines. An MRI can’t function without some 2,000 liters of ultra-cold liquid helium keeping its magnets cool enough to work. But helium — a nonrenewable element found deep within the Earth’s crust — is running low, leaving hospitals wondering how to plan for a future with a much scarcer supply.

“Helium has become a big concern,” said Mahadevappa Mahesh, professor of radiology at the Johns Hopkins School of Medicine Baltimore. “Especially now with the geopolitical situation.”

Helium has been a volatile commodity for years. This is especially true in the U.S., where a Texas-based federal helium reserve is dwindling as the government tries transferring ownership to private markets.

Until this year, the U.S. was counting on Russia to ease the tight supply. An enormous new facility in eastern Russia was supposed to supply nearly one-third of the world’s helium, but a fire last January derailed the timeline. Although the facility could resume operations any day, the war in Ukraine has, for the most part, stopped trade between the two countries.

“Helium is on allocation for sure,” said Donna Craft, a regional construction manager for Premier Inc. who contracts with helium suppliers for some 4,000 hospitals. “We’re probably not blowing up balloons in the gift shop anymore.”

Hospitals haven’t canceled patients’ MRIs or shut down machines yet. They have seen helium costs rise at an alarming rate, though — possibly up to 30%, Kornbluth guessed. But without an end in sight for the helium shortage, the future of MRI remains uncertain.

MRI, short for magnetic resonance imaging, has been a staple of health care since the 1980s. The massive machines provide high-resolution images that allow doctors to see details in organs, bones and tissue that may not show up on X-rays.

“You get these sharp images, and you can distinguish soft tissues,” said Dr. Scott Reeder, chief of MRI at the University of Wisconsin School of Medicine and Public Health. “It’s central to many things we do in modern medicine.” MRIs help doctors diagnose brain tumors, strokes, spinal cord injuries, liver diseases and cancer. The 3D images, experts say, are irreplaceable.

Instead of relying on X-rays, which emit trace amounts of radiation to peer inside the body, MRIs use magnetic fields and radio waves. When someone lies stock-still inside the tube-shaped magnetic field, their body’s atoms align with strong magnetic currents. Pulses of radio waves then tell the machine’s sensors which tissues are where, and the machine renders its image.

Keeping an MRI’s magnetic current superconductive requires extreme cold. That’s where helium comes in: With a boiling point of minus 452 degrees Fahrenheit, liquid helium is the coldest element on Earth. Pumped inside an MRI magnet, helium lets the current travel resistance-free.