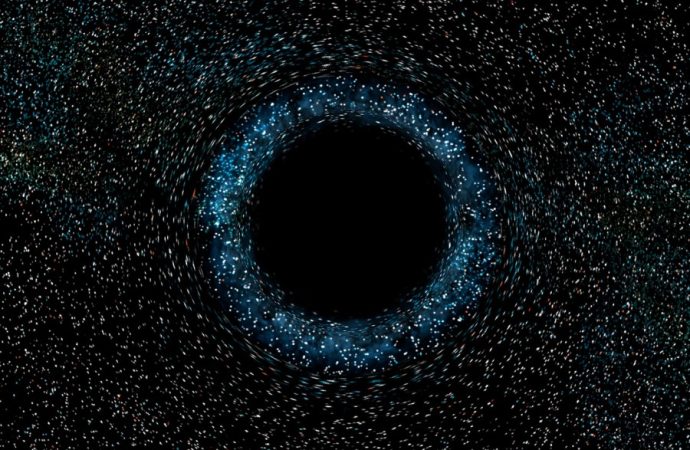 Scientists are baffled that black holes consume stars, then eject material later from that consumed star.

It’s not significant news when a black hole shreds and consumes a star — that’s just what black holes do. However, when that black hole starts ejecting material from a star years later, then scientists start paying attention. Scientists were recently caught by surprise when a black hole in a galaxy located 665 million light years away exhibited this exact phenomenon.

In 2018, the black hole consumed a star about one-tenth the mass of our Sun. While it’s normal for black holes to fling some of the consumed star material back into space, it usually happens during or shortly after the consumption event. Sending the outflow back into space several years later has been unheard of until now.

A team at the Center for Astrophysics | Harvard & Smithsonian observed radio data from the Very Large Array in New Mexico that indicated the black hole was lighting up as recently as June 2021. To further observe the event, the team applied for Director’s Discretionary Time on various telescopes, and their applications were accepted right away. Director’s Discretionary Time allows research teams to jump the line on telescope waitlists to observe an incredibly rare or unexpected event.

In this case, the black hole event was clearly more than enough to get the team the telescope access they needed. The team was able to conclude that the black hole is flinging out material traveling at half of the speed of light. Their observations through the radio telescopes also revealed that the tidal disruption event, now named AT2018hyz, is one of the most radio-luminous tidal disruption events ever observed.

What’s also interesting about this TDE is that the black hole is spitting out material at 50% of the speed of light. Yvette Cendes, a research associate at the Center for Astrophysics, explains that 10% of the speed of light is the normal speed for black hole outflow. So, not only is the BH spewing out star material years later, but it’s doing so at a much faster rate than normal.

Black holes are parts of space where gravity is so significant that not even light can escape, making them invisible to the naked eye. The way we can identify areas of space that contain a black hole is by using special tools that show how stars near those voids are being affected by their gravitational pull. Some black holes may have been formed when the universe first began, and others may be formed after a large star collapses in on itself and goes supernova.

We’ve gradually learned more and more about black holes over the years, but there are still tons of questions to answer. Observations like this reanimation event can give scientists more insight into how the space-consuming voids work and how they feed. It’s not often that scientists are shocked by such an event, but it’s certainly fascinating when it does happen.