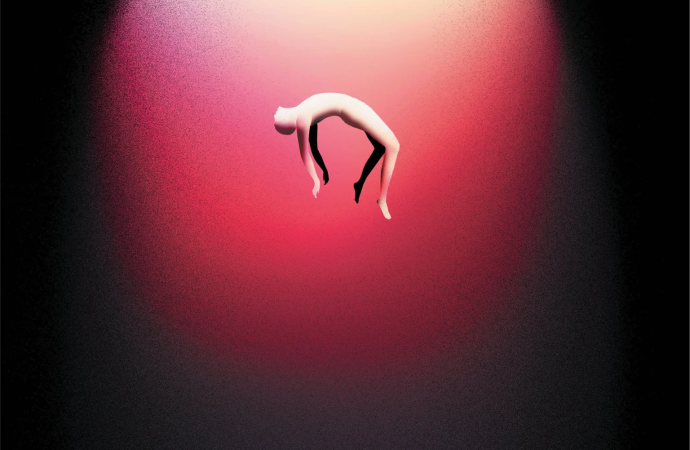 Near-death experiences and psychedelic trips have a “remarkably” similar impact on people’s attitudes to death, a study has found.

For a paper in the open-access journal PLOS ONE, researchers from the Center for Psychedelics and Consciousness Research and Department of Neurosciences at Johns Hopkins University School of Medicine compared how attitudes changed after the two types of experience.

Near-death experiences, or related phenomena such as out-of-body experiences, tend to have a fundamental effect on attitudes to death and dying, previous research has shown. Many people who have been through NDEs come out with a decreased fear of death.

Among the main features of NDEs are sensations of altered time perception, seeing scenes from the past or the future, feelings of joy and peace, a sense of unity with the world, feeling of separation from the physical body, and apparent encounters with mystical beings, deceased spirits or religious figures.

Similar responses have been reported by people who have taken well-known psychedelic drugs such as lysergic acid diethylamide (LSD), psilocybin, ayahuasca and N,N-dimethyltryptamine (DMT).

In previous research, people who take these substances have reported powerful mystical experiences that are often characterized by a sense of unity or oneness, a profoundly positive mood, a sense of ineffability, and transcendence of time and space.

It is important to note, however, that the effects of any psychedelic experience are highly dependent on the dose, personal characteristics and mood of the individual, and the setting in which the drug is taken.

In some cases, psychedelic experiences have been linked to positive changes in attitudes, mood and behavior that last for months or even more than a year.

Like NDEs, one of the most commonly reported effects of taking psychedelics is a fundamental change in the individual’s attitude to death and dying—which often takes the form of reducing fear.

One participant in a previous study conducted by Johns Hopkins researchers after an experience with psilocybin—a psychoactive ingredient in magic mushrooms— described a “sense that all is one, that I experienced the essence of the universe and the knowing that God asks nothing of us except to receive love. I am not alone. I do not fear death.”

As a result, some research has found that classic psychedelics can reduce anxiety about death in people with life-threatening diseases.

Despite the apparent similarities, there has been little research directly comparing psychedelic experiences and NDEs. This inspired the Johns Hopkins study published on Wednesday.

“We were intrigued that both psychedelic experiences and non-drug near-death and other non-ordinary experiences can sometimes produce major changes in attitudes about death and dying, Roland Griffiths, a psychedelics researcher and author of the study, told Newsweek.

“We also published a relevant study in 2016,” he said. “In that study, which was a randomized trial among 51 cancer patients with clinically significant anxiety or depressive symptoms, high-dose psilocybin delivered in a structured therapeutic environment resulted in significant decreases in anxiety about death.”

For the latest study, Griffiths and colleagues surveyed more than 3,900 people who had reported changes in their attitudes on death and dying following an NDE (or similar experience), or an experience with either LSD, psilocybin, DMT, or ayahuasca—a hallucinogenic brew originating from the Amazon.

They found the psychedelic and NDE groups were “remarkably” similar when it came to changes in attitudes to death, Griffiths said.

Almost 90 percent of both groups said their fear of death had decreased, with many reporting lasting improvements in feelings of personal well-being, life satisfaction, life purpose and life meaning. Around 5-6 percent reported an increased fear of death.

The people who took ayahuasca or DMT tended to report that the effects of their experience were stronger and more positive than those who took psilocybin or LSD.

The findings of the study have implications for our understanding of NDEs and psychedelics, according to Griffiths.

This could prove to be beneficial for researchers looking into the use of psychedelics as treatments for mood disorders or other psychiatric conditions, such as end-of-life anxiety.

The study had some limitations, its authors pointed out. The subjective nature of psychedelic experiences and NDEs make it difficult to obtain information about them. The research was also based on retrospective self-reporting by people describing changes in their attitudes, which can be unreliable.

Participants in the study were also self-selected and so may not be representative of all people who have had psychedelic experiences or NDEs.