NOAA Scientists Found Strange Line of Holes 1.7 Miles Below the Atlantic Ocean Surface, What Could It Be? 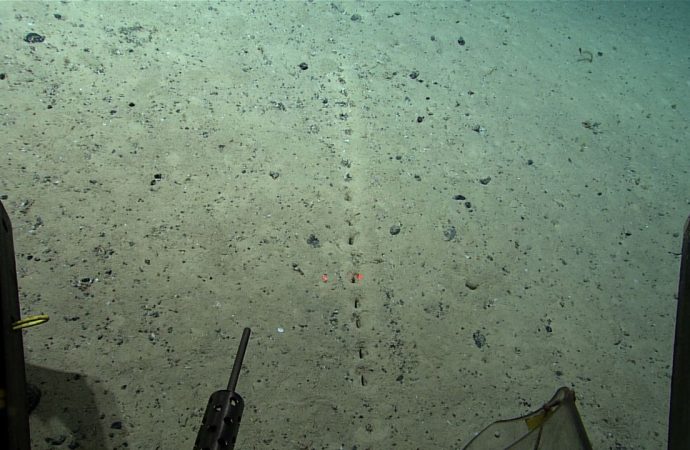 The National Oceanic and Atmospheric Administration (NOAA) scientists were exploring the depths of the Atlantic Ocean floor when they somehow came across a strange line of holes that looked like humans had made it.

The bizarre holes left them baffled. They shared some photos on social media to ask their Facebook audience for theories to account for the strange holes. As expected, they received various responses that may or may not truly describe the strange line of holes found on the Atlantic Ocean floor. 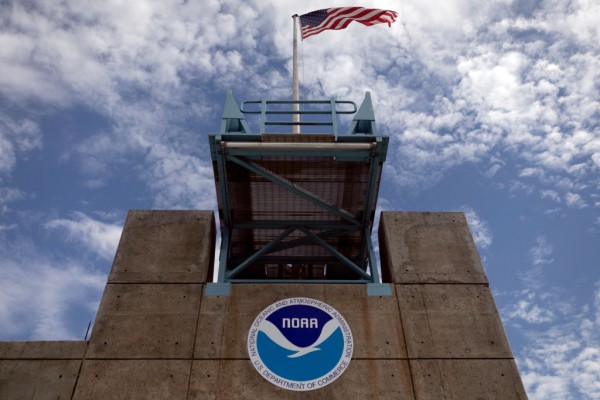 (Photo : Eva Marie Uzcategui/Getty Images)
The logo of National Oceanic and Atmospheric Administration (NOAA) is seen at the Nation Hurricane Center on August 29, 2019 in Miami, Florida.

Unexplainable Line of Holes in the Atlantic Ocean Floo

Scientists were exploring the submerged mountain range in mid-Atlantic ridge when they stumbled upon the unexplainable organized series of holes punched into the seafloor on July 23, Phys.org reported.

NOAA Ocean Exploration team who conducted the discovery is not yet sure how to explain the lines. They reported that they had observed several of these in the sediment and these sublinear sets of holes were also reported before, but their origin remains a mystery.

“While they look almost human-made, the little piles of sediment around the holes make them seem like they were excavated by … something,” Phys.org quoted NOAA Ocean Exploration.

Their dive reached 1.7 miles while they were exploring the submerged volcano north of the Azores as part of the Voyage to the Ridge 2022 expedition and used a remote-controlled camera to record their exploration safely.

They invited the public to offer their theories, wherein some commenters have raised more questions, such as whether those holes were made to take core samples. Some were also curious about what was inside the holes, whether some kind of an animal or an object was in it. There were also individuals who asked if the holes coincide with the direction of the current.

NOAA Ocean Exploration said that the Mid-Atlantic Ridge, where they found the holes stretched 10,000 miles from north to south and spanned 40,389 around the world, making it the world’s longest mountain range and one of the most prominent geological features of the planet. Most of the mountain range is underwater, so they remain largely unexplored.

The Mid-Atlantic Ridge is a system of mountains and valleys crisscrossing the globe that resembles stitches in a baseball that is formed due to the movement of the tectonic plates of the Earth.

When tectonic plates are pushed, mountains and valleys form along the seafloor, and magma fills the gaps. However, when the crust spreads, it creates a new ocean floor that renews the planet’s surface.

Looking closely at the mountains on Earth, it can be seen that they form along the boundaries of this great system. The Mid-Atlantic Ridge even has the most extensive single volcanic feature on Earth and is made up of thousands of individual volcanoes or volcanic ridge segments that periodically erupt.