James Webb Space Telescope may have spotted the oldest, most distant known galaxy 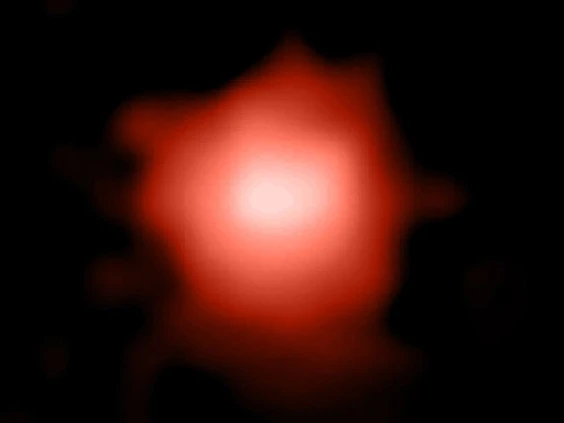 Using the most powerful space telescope ever built, astronomers spotted a galaxy that existed 13.4 billion years ago

The James Webb Space Telescope has made history yet again with its latest observation — the oldest, most distant galaxy ever discovered.

Scientists found a galaxy, known as GLASS-z13, that existed 13.4 billion years ago. It dates back to 300 million years after the Big Bang, nearly 100 million years earlier than anything previously identified, according to Rohan Naidu of the Harvard Center for Astrophysics.

“We’re potentially looking at the most distant starlight that anyone has ever seen,” he said.

The exact age of GLASS-z13 remains unknown as it could have formed any time within the first 300 million years.

The galaxy was spotted in so-called “early release” data from the orbiting observatory’s main infrared imager, called NIRcam — but the discovery was not revealed in the first image set published by NASA last week.

Naidu, along with 24 other astronomers, have submitted their findings to a scientific journal. Though the data has yet to be peer-reviewed, NASA’s chief scientist Thomas Zurbuchen stated that the findings seem promising.

“Yes, I tend to only cheer once science results clear peer review. But, this looks very promising!’

🚨 JWST has potentially smashed records, spotting a galaxy which existed when the universe was a mere 300 million years old! The light from GLASS-z13 took 13.4 billion years to hit us, but the distance between us is now 33 billion light years due to the expansion of the universe! pic.twitter.com/5AcOBwHuO1— Dr. James O’Donoghue (@physicsJ) July 20, 2022

The Hubble Space Telescope held the previous galaxy discovery record back in 2016. It discovered GN-Z11, located in the direction of the constellation of Ursa Major, whose galaxy’s light was emitted 13.4 billion years previously, approximately 400 million years after the Big Bang.

It also held the record for the capture of the most distant star ever recorded. Called Earendel, its light took 12.9 billion years to reach Hubble.

With the Webb becoming fully operational as of last week, astronomers are confident it will usher in a new era of discovery.

“There are few times in history when we humans look at nature in an entirely new way, & @NASAWebb has already begun to write the next chapter in our cosmic story with its new images,” Zurbuchen tweeted.