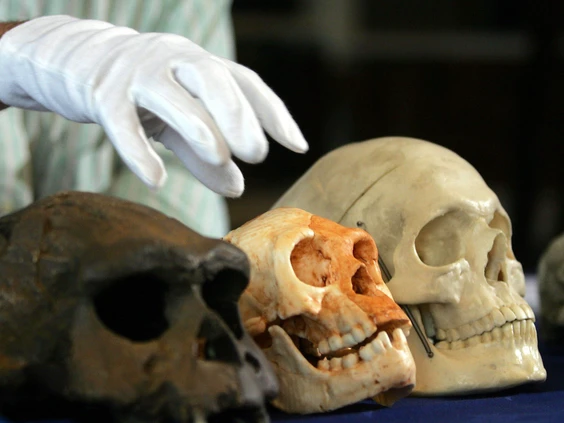 Scientists speculate that ancient humans were responsible for killing off Indonesia’s “hobbits,” but one anthropologist believes they survive to this day, on a remote, forested island with hot springs east of the Java Sea.

Gregory Forth, a professor of anthropology at the University of Alberta for more than 30 years but now retired, spent decades researching Homo floresiensis — named for the island of Flores — and believes the metre-tall hominins still exist after hundreds of thousands of years.

There have allegedly been sightings of a so-called “ape-man” on the island.

Forth has written Between Ape and Human: An Anthropologist on the Trail of a Hidden Hominoid, “to find the best explanation — that is, the most rational and empirically best supported — of (local population) Lio accounts of the creatures,” he wrote in an article in The Scientist, a magazine dedicated to “broad perspectives on life-science topics.”

Forth says he spoke with 30 locals who said they have seen hobbit-like humans in Flores’ forests.

“What they say about the creatures,” Forth wrote, “supplemented by other sorts of evidence, is fully consistent with a surviving hominin species, or one that only went extinct within the last 100 years.”

In a book excerpt, Forth describes speaking with a man who claimed to have found the body of an elderly female hominoid with a human face and “well-formed” nose and a body covered in light-coloured hair as “dense as a puppy dog’s,” with noticeable breasts and a very short tail. Another body was described as having a head “almost the same as a human’s” and the body was covered in sparse, light-gray hair; the face resembled a monkey’s; and the nose was “like a skull,” which was explained by a local to mean covered in scabs or mange. The species is termed “hobbit-like” because of its short height and large feet.

In 2003, traces of the existence of the short people were found by a group of researchers from the Indonesian Research National Centre for Archaeology. An almost-complete skeleton of a roughly one-metre-tall, 30-kilogram adult woman — like that of a three-year-old child today — was unearthed in a large limestone cave on Flores. The woman who died 18,000 years ago became known affectionately as Hobbit, and was described by National Geographic as “the most extreme human ever discovered.” Along with the skeleton were found bones of pygmy elephants, Komodo dragons and giant rodents, some with evidence of having been burned, suggesting use of fire.

H. floresiensis may have lived there until some 13,000 years ago — a time well after the appearance of modern humans, in the same group as the Neanderthals, Denisovans and homo sapiens, but may not have interacted. The woman’s skeleton was different from H. sapiens in that she had a wide pelvis and hunched shoulders.

It’s not known when the H. floresiensis species, with skulls the size of grapefruits went extinct — if indeed it did.

Whether H. floresiensis survived beyond 50,000 years ago is an open question, according to updated research noted in the journal Nature. Hydrogeological evidence in the cave was not recognized during the 2001–2004 excavations, the authors say, raising serious questions about the accuracy of previous age estimates. They analyzed samples of bone from three specimens of H. floresiensis, one H. sapiens and eight dwarf elephants, dating the H. floresiensis remains to approximately 100,000 to 60,000 years ago, while stone artefacts reasonably attributable to this species ranged from about 190,000 to 50,000 years in age.

The one-metre stature is the average of the remains of five individuals, Nature noted; it is less than the average for short populations of humans such as pygmies (who average about 1.4 to 1.5 metres in height).

And it is not yet known where on the human family tree the creatures belong.

“The best way to explain what the (Lio) told me is that a non-sapiens hominin has survived on Flores to the present or very recent times,” Forth writes in The Scientist.

The Australian Museum acknowledges that local legends exist in Flores of the Ebu Gogo — small, hairy, cave dwellers similar in size to H. floresiensis. It is suggested that perhaps they survived longer in other parts of Flores to become the source of these tales, but that “whatever the origins of the ancestral population, it is accepted that the population underwent long-term isolation on the island and some insular dwarfing (although they were probably small to start with) which resulted in an endemic ‘dwarf’ species, H. floresiensis. This is a common phenomenon seen in other mammals in similar environments.”

Other scientists speculate that accounts could have merged from oral histories dating back to a time when modern humans and H. floresiensis may have overlapped.

And skeptics remain, among them John Hawks, a paleoanthropologist at the University of Wisconsin, Madison, who tells Live Science that with Flores’s population of two million people — in an area smaller than Lake Ontario or half that of Vancouver Island — the chance that a large primate population has survived mostly unobserved “is pretty close to zero.”