Does life flash before our eyes as we die? A Vancouver man’s brain scan suggests it’s possible 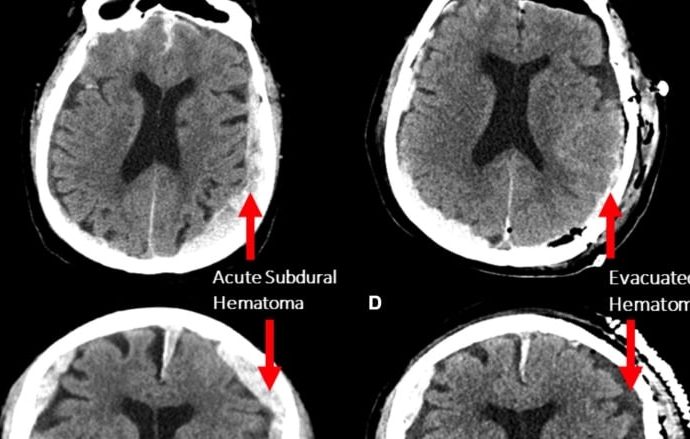 A neuroscience discovery in B.C. could challenge our understanding of what happens during the final moments of life.

In a recently published study, a team of doctors said it managed to capture a recording of a dying human brain for the first time.

The scan of an 87 year-old epilepsy patient who died in Vancouver General Hospital in 2016 revealed a surge of brain activity 30 seconds after his heart stopped beating, with brainwave patterns similar to higher cognitive functions like dreaming and memory recollection.

“That [finding] left us with a lot of excitement but also a lot of questions,” said Dr. Ajmal Zemmar, a neurosurgeon in Louisville, Ky., and one of the study’s co-authors who was a resident at VGH during the time.

The study, published Feb. 22 in Frontiers in Aging Science, has since received international attention.

Amid the excitement and interest, scientists are careful to point out the patient’s brainwave patterns do not definitively indicate memory recall.

The team of doctors came upon the brain scan unexpectedly, according to Zemmar.

The patient initially underwent surgery for a subdural hematoma — a build up of blood between the skull and the brain. Zemmar said he started having seizures a few days after surgery, so the team attached an electroencephalogram (EEG) to monitor his brain and oversee his seizures.

The patient went into cardiac arrest mid-treatment, with the EEG monitor still running as he died.

“We didn’t know at the time, but in hindsight, we realized that this [had] left us with the first ever recording of the dying human brain,” Zemmar said.

After the patient’s heart stopped working, the EEG recording showed a burst of gamma activity associated with dreaming, meditation and memory recall.

“This really led us to speculate to say [the dying are] undergoing flashbacks of memories — of very significant life moments flashing in their brain in the span of seconds just before they die,” Zemmar said.

He said people who had near-death experiences have provided such accounts — but is cautious not to liken the phenomenon to how it is dramatized in fiction.

“That I would have to leave to the descriptions of the patients who have gone and experienced near-death experiences and what they describe to us,” he said. “The movies are made based on these experiences, not the other way around.”

Dr. Lawrence Ward, a professor of psychology at the University of B.C., who was not involved in the study, stressed that an EEG recording will not yield definitive results.

“(The study) is correct that some aspects of the oscillations have been related to memories,” said Ward. “But they need to have a more detailed and comprehensive array of electrodes that infer into the brain.”

The Vancouver patient is the only case known so far — though the study team cross-referenced the patient’s data sets with a 2013 study conducted on rats that had similar results — and Ward notes the patient’s brainwaves could have also resulted from random neural firing.

He said recording the brainwaves of a younger person could have an entirely different result.

“This is a very distressed brain,” said Ward. “It’s dying and it doesn’t have the repair and resilience a 20 year-old brain has.”

At what point does a human life end?

The patient’s brain recording is giving scientists plenty to ponder.

The EEG recording shows a burst of brain activity after the patient’s heart stopped, indicating the mind is the last sign of life before the person dies.

This led Zemmar to question whether monitoring the brain instead of the heart is a more suitable way to call a patient’s time of death.

He said he wants to pursue a study that integrates the use of an EEG alongside an EKG to test what truly is the last sign of activity in the human body.

A message of comfort

Zemmar said he has received an influx of responses and interest from across the globe, but he has lost contact with the person he especially wants the study to reach — the daughter of the patient, whom he had previously been in touch with.

“I would like to tell them that their father, although he passed six years ago, is giving a very unique piece of knowledge to neuroscience and goes into history as the first ever recorded dying human brain,” Zemmar said.

Zemmar acknowledged that taking the study further would be difficult. He said it would require an experiment on healthy humans with no pathologies.

But while he said he can’t say for sure these brainwave patterns are related to memories, he hopes this discovery would provide some comfort to those losing their loved ones.

“I hope that it would give them calm to know that perhaps [their loved one] is not suffering from pain, but they’re replaying some of the nicest memories and moments of life before they go,” he said.