2022 could be a turning point in the study of UFOs 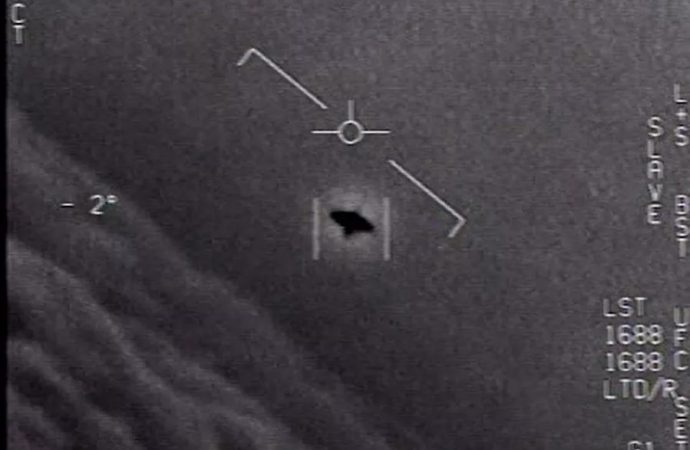 Interest in UFOs continues to grow, both among scientists and government officials.

In 2021, there was an upsurge in peculiar sightings reported, thanks to people with smartphones or other video gear that captured these strange glimmers in the sky.

Or could they be, well, aliens? What if Earth has been on the receiving end of extraterrestrials speeding in from Alpha Centauri who found themselves lacking brake fluid and crashed into New Mexico?

Many of these objects are ultimately identified. Others, however, remain mysterious.

Nonetheless, in 2022, UAP will get more attention from both the scientific community and the federal government, experts told Space.com.

In June 2021, the U.S. military and intelligence community issued a report on UAPs. It was followed by congressional urging to establish a formal office to carry out a “coordinated effort” on collection and analysis related to UAP.

“Our national security efforts rely on aerial supremacy, and these phenomena present a challenge to our dominance over the air. Staying ahead of UAP sightings is critical to keeping our strategic edge and keeping our nation safe,” Sen. Kirsten Gillibrand said on Dec. 9, 2021, when announcing the inclusion of her UAP amendment in the $768.2 billion National Defense Authorization Act for fiscal year 2022, which was signed into law by President Joe Biden on Dec. 27.

Although the new office within the Pentagon, called the Airborne Object Identification and Management Synchronization Group, will not explicitly focus on the search for alien life, it will be tasked with providing a full spectrum of intelligence, as well as scientific and technical assessments, related to UAP.

One of the new UAP office’s responsibilities will be to implement a plan to “test scientific theories related to UAP characteristics and performances,” Gillibrand said in a statement.

For one thing, there’s a concerted effort to build UAP-spotting hardware and to decide where it will be stationed. This year could be a turning point in the study of UAP/UFOs.

One potential major development in 2022 will be UFO detection, according to Mark Rodeghier, scientific director of the Center for UFO Studies in Chicago.

“The effort to detect, track and measure the UFO phenomenon in the field, in real time, has recently entered a new phase,” Rodeghier told Space.com. “The technology has gotten better, software tools have improved and the current interest in UFOs has attracted new, qualified professionals.

“While one can’t predict how soon we will gain new, fundamental knowledge about UAP/UFOs, I believe that these efforts are very likely to succeed and set UFO research onto a new foundation of reliable, physical data,” Rodeghier added. “And as a consequence, we will have even more evidence — as if it was needed — that the UFO phenomenon is real and can be studied scientifically.”

One upcoming initiative, called the Galileo Project, will search for extraterrestrial equipment near Earth. It has two branches. The first aims to identify the nature of interstellar objects that do not resemble comets or asteroids — like ‘Oumuamua, the first known interstellar object to visit the solar system. The second branch targets UAP, similar to those of interest to the U.S. government.

“The Galileo Project’s data will be open to the public, and its scientific analysis will be transparent,” said Harvard astronomer Avi Loeb, who is spearheading the project. “The related scientific findings would expand humanity’s knowledge, with no attention to borders between nations.”

The Galileo research team includes more than 100 scientists who plan to assemble the project’s first telescope system on the roof of the Harvard College Observatory in spring 2022.

“The system will record continuous video and audio of the entire sky in the visible, infrared and radio bands, as well as track objects of interest,” Loeb said. “Artificial intelligence algorithms will distinguish birds from drones, airplanes or something else. Once the first system will operate successfully, the Galileo Project will make copies of it and distribute them in many geographical locations.”

The truth is out there

An outlier in all the UAP and UFO chatter — that is nonetheless attracting some attention within the scientific community — is the possibility that UFOs are actually human time travelers.

“The human time travelers model to explain UFOs has been gaining traction over the last couple years,” said Michael Masters, a professor of anthropology at Montana Technological University.

Masters is the author of the 2019 book “Identified Flying Objects,” which examines the premise that UFOs and aliens may simply be our distant human descendants using the anthropological tool of time travel to visit and study us, as members of their own hominin evolutionary past.

“I think people are starting to realize that it makes a lot of sense in the context of how these ships operate, how they can achieve such incredible accelerations and decelerations if they are manipulating space-time in their own reference frame in and around these craft, and if we can take seriously the description of beings seen in association with them, how they are ubiquitously described in such human terms, regarding their behavior, technology and morphological form,” Masters told Space.com.

Masters appreciates that the UFO/UAP topic is being taken seriously by a broader group of professionals in various fields.

“The more we continue to whittle away the stigma that has surrounded this subject for so long, the faster we may begin to understand the nuances of this mysterious phenomenon,” he said. “Further reducing the stigma will hopefully also mean that more scientists and scholars will continue to enter the conversation without fear of retribution or shame being cast upon their existing research program, which can only help to advance our knowledge farther and faster.”

Thanks to the official acknowledgement of the reality of these objects, Masters said, “the conversation can now move on from ‘Are these real?’ to ‘What are they, and from where, or potentially when, are they coming?'”

Currently, there is a lack of coordination among organizations involved in UAP detection equipment, but that may change this year, said Robert Powell, an executive board member of the Scientific Coalition for UAP Studies (SCU) in Austin, Texas.

A number of SCU members are involved with the Galileo Project, and the organization has partnered with several groups, including UFODATA, the UFO Data Acquisition Project (UFODAP) and UAPx.

“UFODAP already has a working model that has been sold into the marketplace and is reasonably priced in the $2,000 to $5,000 range, depending on the accessories desired,” Powell told Space.com. “This system has already been used by a group known as UAPx to collect data. Our goal is to coordinate these activities in a way such that we use a system with standardized equipment set to collect data.”

But before that happens, Powell said, the groups need to plot out exactly what that equipment is trying to measure and verify that the system can achieve that goal.

“These are exciting times, as there are a growing number of groups focused on UAP detection and study,” said Kevin Knuth, an associate professor of physics at the University at Albany and vice president of UAPx, which intends to incorporate a network of distributed sensors that interested parties can host locally to contribute to UAP spotting.

Still, there are some challenges involved with the interaction of various groups, he said.

“While some coordination among groups might be beneficial, especially in the context of efficiency, the fact that we currently know precious little about UAPs implies that the potential for discovery is higher if the groups begin by working independently, trying different equipment and procedures and watching in different places,” Knuth told Space.com.

As lessons are learned and the results are made public, the various groups will begin to adopt equipment and procedures that have been demonstrated to be fruitful, he added.

“For this reason, it is probably not wise to coordinate the groups at this time,” Knuth said. “Instead, as we learn more about how to best observe and study UAPs, communication across groups — facilitated by the sharing of data and publishing of results — will lead to improvements in general. This is the benefit of independent scientific studies.”

Taking a broader view, Knuth said the scientific groups are planning on publishing peer-reviewed scientific papers. The upshot will be further advancement of the scientific studies of UAPs “while encouraging and compelling more scientists to get involved in studying what could very well be among the most important discoveries in human history,” he said.