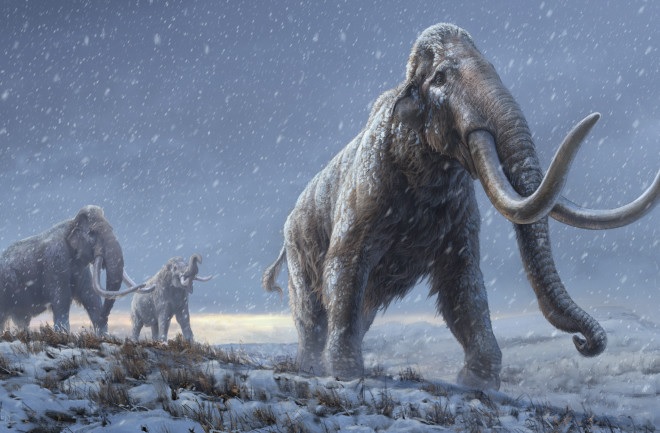 A decades-old Siberian tooth sample has revealed a previously unknown mammoth lineage, along with a potential ancestor’s unexpected adaptations.

Wooly mammoths are Pleistocene celebrities. These massive, shaggy beasts trod much of the Northern Hemisphere between 700,000 and 10,000 years ago, thriving during cold times when glaciers expanded and vast, cold grasslands spread. But, a study published in 2021 in Nature reported, the traits that allowed woolly mammoths to tolerate the chill were not unique to these furry elephants alone. Woolly mammoths inherited many of their cold-adapted traits from even older mammoth species, according to a new finding revealed by million-year-old DNA.

The analysis, led by Sweden’s Science for Life Laboratory bioinformatician Tom van der Valk and colleagues, was based on ancient DNA sampled from three mammoth molars found in northeastern Siberia during the 1970s. Each of the fossils has a nickname — the oldest, called the Krestovka mammoth, is more than 1.2 million years old, while the Adycha mammoth dates back about a million years, and the Chukochya mammoth lived between 800,000 and 500,000 years ago. By analyzing such ancient mammoths, the researchers hoped to find genetic clues as to when woolly mammoths developed their shaggy coats and physiological adaptations to their frigid environments.

Yet the DNA evidence differed from paleontological expectations. The older mammoths who lived before the time of the woollies possessed genetic markers for cold-adapted traits. This means that the characteristics once thought to be unique to woolly mammoths evolved much earlier, and already existed in their proposed ancestor, the steppe mammoth.

“Paleogenomics is showing us just how limited our evolutionary imagination was when we were limited to morphological data,” says Gray Fossil Site and Museum paleontologist Chris Widga, who was not involved with the new study. For over a century, almost everything that we knew about mammoths came from bones, tracks and the occasional carcass. But relatively new tools to study ancient DNA — not just in mammoths, but other Pleistocene species — are rapidly upending what experts long thought, Widga notes.

The genetic material brought another shock: The researchers found that the Krestovka mammoth represented a new, previously unknown lineage of mammoths. These may have interbred with early woolly mammoths to produce a large North American form known as the Columbian mammoth. In other words, rather than emerging due to adaptation, the Columbian mammoths were likely hybrids. It’s the first such occurrence to be documented in ancient DNA, allowing paleontologists to see these imposing beasts in a whole new light.