What’s a negative leap second and why might we need one? 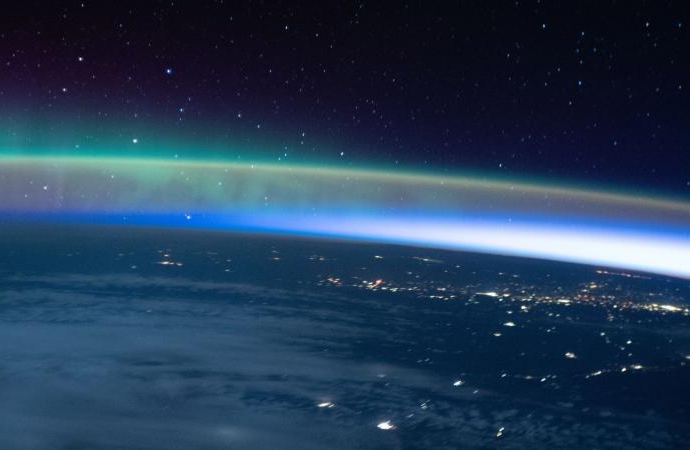 Let’s start with some well-known facts about the Earth – it’s the fifth-largest planet in the solar system, 70 per cent of its surface is covered in water, and it’s the only planet known to have life on it.

One lesser-known fact is that a day on Earth isn’t exactly 24 hours long.

Sure, the Earth takes about 86,400 seconds – 1,440 minutes – on average, to complete a full rotation. But there are a number of factors that affect the Earth’s rotation, causing it to speed up or slow down.

“We’re all used to the idea that Earth rotates every 24 hours, but of course, nothing’s ever really that simple,” Elaina Hyde, director of the Allan I. Carswell observatory and assistant professor at York University, told CTVNews.ca in a video call.

“We’re a rocky planet with a molten core, we have an atmosphere, we have oceans – all of these things can combine with different kinds of complex motions to create effects…like what we have been seeing.”

Hyde is referring to changes in the speed of the Earth’s rotation in recent years. In 2020, scientists say the Earth sped up so much that it broke a previous record for the shortest day on Earth 28 times. The shortest of these days was recorded on July 19, when Earth rotated 1.4602 milliseconds faster than the average time of 86,400 seconds.

WHAT CAUSES THE EARTH TO SPEED UP?

When it comes to explaining why these shifts happen, Hyde says there’s no single answer. She points to natural events such as earthquakes, as well as the movement of jet streams, and rising ocean levels as a result of climate change as just a few factors that come into play. Hyde also highlights the slowing down of major ocean currents, particularly in the northern Atlantic Ocean, as having an impact as well.

Each of these activities affects the Earth’s angular momentum, she explains, or the rate at which it rotates, taking into account its massive size.

“Saying that this was due to any one cause is not statistically significant,” Hyde said. “It is a combination of effects.”

While the Earth’s rotation has since slowed down, 2021 is still predicted to be the shortest year in a decade by milliseconds, says Hyde. This may create a need for a negative leap second.

Negative leap seconds, the opposite of regular leap seconds, involve subtracting time from the Earth’s timekeeping system so that it aligns with astronomical time, or the time it actually takes the Earth to complete a rotation.

Co-ordinated universal time, or UTC, is the time standard used to adjust clocks on Earth. It’s determined using an atomic clock. These clocks calculate time based on the movement of atoms. Placing an atom under specific frequencies of radiation will cause its electrons to move between different states of energy. The amount of cycles of radiation necessary for atoms to move between both energy states amounts to a second. Since 1967, one second has been defined as “9,192,631,770 periods of the radiation corresponding to the transition between the two hyperfine levels of the ground state of the cesium-133 atom.”

“This clock does not depend on any external force to give you that count of time, it’s a completely independent measurement,” said Hyde. “Atomic clocks are incredibly accurate at keeping time.”

Since many factors can affect the speed at which the Earth rotates, the time it takes to complete a rotation doesn’t always align with UTC on Earth. This creates the need for an adjustment. According to the National Institute of Standards and Technology (NIST), leap seconds are added, or subtracted, when there is a difference of 0.4 seconds or more between UTC and astronomical time.

“To keep our very precise atomic clocks lined up so that we can still keep using the months and the days and the years in the calendar system we have, we have to make adjustments,” explained Hyde. “[A leap second] is basically an artificial adjustment that we make in our calendar system to bring ourselves up to date.”

According to the NIST, leap seconds have been added once every 18 months or so since 1972, making them quite common. Negative leap seconds, on the other hand, have never been implemented.

THE POSSIBILITY OF A NEGATIVE LEAP SECOND

While the Earth’s spin has slowed down since last year, it’s still spinning slightly faster than average. Research shows the average length of a day in the first half of 2021 was 0.39 milliseconds less than it was the year before. From July to September though, days were actually 0.05 milliseconds longer than the 2020 average.

“It is more usual to have the leap second going in the direction of making the day longer because that is the overall pattern that we’re expecting,” said Hyde. “But like I said, all kinds of events can cause it to go the other way, it’s just not as common though.”

Looking at the speed at which the planet is rotating now, it’s possible a negative leap second may need to be implemented within the decade. The International Earth Rotation and Reference Systems Service is responsible for that decision. But when looking at the impact this change might have on day-to-day life, Hyde insists it isn’t something to worry about, unless stock market trading is involved.

“It’s not going to be a big effect for anyone,” she said. “But if you are interested in high-frequency trading or any kind of computational activities that take place multiple times a second, please make sure to keep up with these atomic clocks when they make the adjustment.”

This is as simple as going online and staying up to date with atomic clocks such as this one.

Still, there’s no guarantee that a negative leap second will need to be applied just yet. While it may be easy to plot out the Earth’s rotation over the long term, these kinds of measurements are tougher to predict in the short-term, says Hyde.

“It’s much more difficult because we don’t know exactly when earthquakes are going to appear all over Earth, we don’t know exactly how much water is going into the oceans due to climate change there’s a lot of unknowns,” she said. “Earth is an unpredictable system by nature. So making very, very precise predictions…is hard.”