Do we live in a computer simulation? If we don’t, we might be doomed 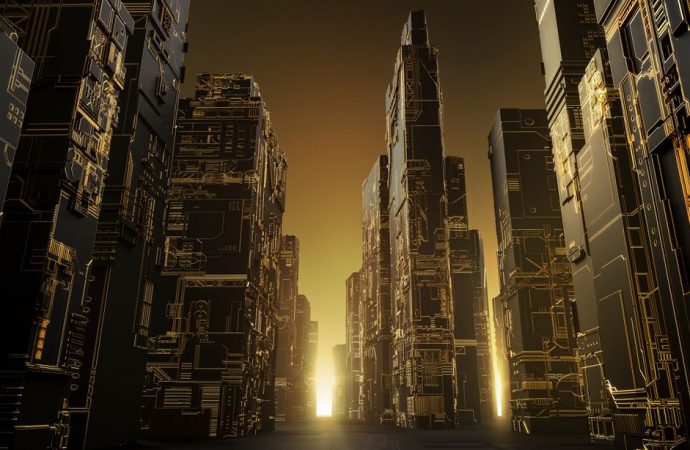 Not living in a simulation might be humanity’s worst option.

On a regular old day, I’d bet someone has suggested to you that we live in a computer simulation. Whether it be an inquisitive friend or the anonymous writer of an edgy sign outside your local coffee shop, your perfectly peaceful life was interrupted by the outlandish thought.

Elon Musk, CEO of SpaceX, has openly advocated the concept, spurring headlines on it over the past few years. Even astronomer Neil DeGrasse Tyson gave it a 50-50 chance. But on the flip side, some consider it an unscientific, unprovable mental exercise.

What we need to talk about, however, is how the original argument hints that existing in a weird hyperrealistic video game might just be the best-case scenario for us. Perhaps we should hope we’re living in a computer simulation.

Existing in a digital reality may mean the world won’t fall to some terrible demise, like humans suddenly going extinct or tech advancements reaching a standstill. Musk seems to agree.

Alluded to for centuries, from Plato’s allegory of the cave to Descartes’ evil demon concept, the simulation theory’s grasp on our attention — including Musk’s — is most attributed to the argument concocted in 2003 by Swedish philosopher Nick Bostrom.

His entire work is super complex, involving hardcore calculations and symbols that take me back to my days as a philosophy student. But in a nutshell, he says one of the following must be true:

Option A: We reach the point where we can make a simulation indistinguishable from the natural world. So we make one.

Option B: We acquire the technology to make one, but for some reason, no one ever does.

Option C: We never reach that point. (That is, humans become extinct before we can build one.)

Technically, Bostrom believes people will strive for a simulation that’ll help us understand our ancestry. But given our unwavering attachment to The Sims and Skyrim, I’d say it could really be anything.

The rise of technology

Let’s first talk about the important day Bostrom refers to. That’s the theoretical point at which we can finally make a simulation identical to all aspects of our world.

Of course, technology has a ways to go before such a false reality can reach fruition, but it can’t be ignored that digital advances have become seemingly unstoppable.

Musk often cites that certitude while discussing the existential theory. At a 2016 conference, he explained that “40 years ago we had Pong — two rectangles and a dot. That’s where we were. Now 40 years later, we have photorealistic, 3D simulations with millions of people playing simultaneously, and it’s getting better every year.”

In fact, Japanese researchers recently created a digital version of the universe for anyone to explore, calling it Uchuu, which in Japanese means “outer space.” It doesn’t have any people in it, but it’s considered the most realistic simulation of the universe to date and is meant to help scientists study how the cosmos evolved.

On top of anecdotal evidence, researchers have even tried to calculate how long it would take to arrive at the moment at which pushing a button leads to simulated life. Massachusetts Institute of Technology computer scientist Rizwan Virk, for instance, wrote a book on the subject.

There’s debate about the scale, but barring those who argue it’s impossible, experts like Bostrom agree the duration is finite. That means if it happens, whenever that might be, the forsaken day exists somewhere on our timeline.

Congratulations if you’ve gotten this far — take a breath, because it gets weirder.

OK, but why would we be in the simulation?

It’s a lovely Tuesday morning, you’re scrolling Twitter and you see news that simulating life, exactly as we know it, is feasible from this day forward. All we have to do is press a big red LAUNCH SIMULATION button that’ll be posted online.

Humanity finds itself at a crossroads: to push or not push the button?

The prospect of not doing so seems a little wishful. At the very least, someone will probably press it out of curiosity, to prove nothing will happen, or maybe accidentally bump into their touchpad and click on it. There are billions of people in the world; the theory suggests it’s rather hard to argue otherwise.

That’s why Bostrom suggests option B is highly implausible. For the sake of discussion, let’s rule it out.

That leaves A and C. Let’s say we go with A. The button gets pushed.

In true Inception fashion, a simulated world within ours would possess its own timeline — beginning from whenever the programmers decide. Day 1 could spur a simulated Big Bang, or perhaps some other elusive explosion that the simulation’s citizens would one day turn into an entire field of study.

The “people” would have their own technological advancements. They’d make versions of Facebook, iPhones and Xbox games. Eventually, they’d reach the same issue as their “creators:” To push or not push the button?

The saga goes on. That means if humans created even one simulated universe, we can assume an incomprehensible amount of them exist. Who’s to say we’re in a regular, true-to-the-bone reality?

Also called a based reality, a nonsimulated world might not be in the cards for us.

Well, what’s the likelihood of us being in a simulation, you wonder? Studies of that outcome’s exact probability are ongoing, such as in this paper from last year. Newer research suggests the likelihood of being in a based reality may be closer to 50-50 than Bostrom’s initial, intuitive one-in-a-billion-ish projection.

End of the world?

Remember that last, scarier option, option C? What if we never get to the level where we can make a lifelike simulation?

That would mean something prevented us from reaching the day the shiny button becomes available. Will technology suddenly stop getting better? Or worse, will the world end? Both disheartening, but direct possibilities under the umbrella of C.

Plus, considering how quickly technology is growing in sophistication, the point at which simulated realities have potential to be made is probably closer than we think. That means — saving for the off-chance we’re in a based reality — if we aren’t in a simulation, humans will be hearing from the frightening option C rather soon.

On the bright side, there are several philosophers and scientists who offer counterarguments to the simulation theory, and if they’re right, none of this really matters.

For example, a team of theoretical physicists from Oxford University asserts there aren’t enough atoms in the universe to create sufficient computing memory for storing a realistic simulation of consciousness.

That also invites the question of whether we can program consciousness at all, as humans still dispute what it truly entails. The limiting step may not be the tools, but rather the knowledge.

Innovation continues to happen in new directions of the field, as well. A mind-bending hypothesis from last year takes note of how Bostrom’s argument relies on the universe being physical. It poses the proposition that “reality” could merely be an expression of our thoughts.

Could the “simulation” just be our imagination?

If he is right, Bostrom makes a pretty solid argument for why option A is the ideal outcome, because the real best option — option B — is incredibly optimistic. Someone would push the button if it were presented to them.

And option C? Option C would mean humans either become extinct relatively quickly on the timeline of life or something tragically ruins all of our technological research momentum, like maybe a killer asteroid or a world-changing pandemic.

After the absolutely catastrophic couple of years we’ve all been through, I think I know what I’d prefer if these were the options before me.