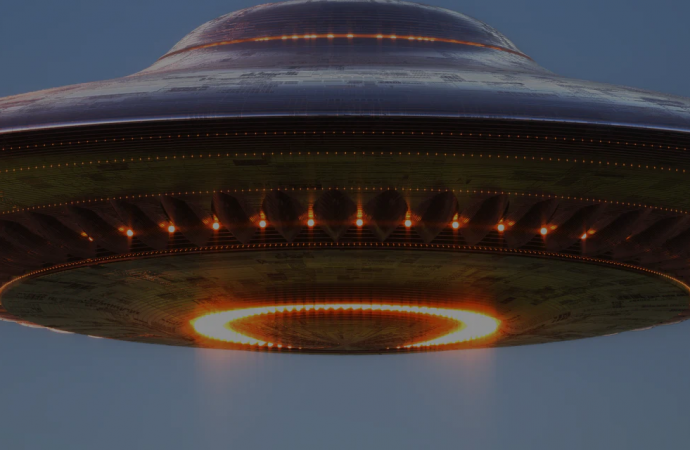 CONGRESS MAY TAKE STEPS TO RAMP UP INVESTIGATIONS OF UFOS

UAPs, in the new terminology — following a Department of Defense report to Congress over the summer recognizing the reality of these “Unidentified Aerial Phenomena,” but found no evidence of extraterrestrial involvement.

Those hoping for a full-throated Congressional hunt for technologically advanced aliens of UFO lore may be disappointed, however. The bills appear driven more by entirely Earthly national security and safety concerns than little green men in hypersonic lozenge-shaped vessels.

In June, the UAP Task Force presented a report to Congress that covered 144 UAP sightings by military and other federal sources between 2004 and 2021. While the report found no evidence of aliens, it did note that “UAP clearly pose a safety of flight issue and may pose a challenge to U.S. national security,” and that “Some UAP many be technologies deployed by China, Russia, another nation, or non-governmental entity.”

WHAT WOULD THE BILLS DO? If the bill becomes law, Section 345 of S.2610 would require the entire intelligence community to share any information about UAPs with the task force and the National Air and Space Intelligence Center immediately. It would then mandate classified reports about any UAP events to Congress beginning 90 days after the act’s passage and quarterly from then on.

Section 1652 of H.R. 4350 — a provision added by Democratic Congressman Ruben Gallego of Arizona — would establish a permanent office to study UAPs within the Office of the Secretary of Defense.

If the provision remains unchanged when the bill becomes law, it will charge the new office with creating a database for recording UAP incidents and “evaluating links between unidentified aerial phenomena and adversarial foreign governments, other foreign governments, or non-state actors,” and whether the incidents pose a threat. The House bill provision would also require reports to various Congressional Committees.

WHY IS CONGRESS INTERESTED IN UFOS?— After decades of official non-recognition of UAPs, 2017 saw leaked videos from naval aviators and a New York Times story that brought the phenomena out of conspiracy theory and into the realm of sober national security interest. Pilots reporting seeing craft flying and maneuvering and seemingly impossible speeds near military aircraft was not a situation military brass could ignore.

In August 2020, the Pentagon created the UAP Task Force, and the Intelligence Authorization Act of 2020 mandated a report to Congress in 2021. The report, released in June, was only able to identify one of the 144 UAP sightings examined and determined it was a balloon.

The task force couldn’t explain the remaining 143 reports. And while the report concluded some of the sightings could have resulted from instrument failure or pilots making a mistake, more than half of the sightings were confirmed by multiple sensors to be real objects rather than phantoms.

WHAT’S NEXT — Both the House and Senate bills have been introduced, but have yet to be voted on by their respective chambers. The House bill has passed out of committee and been placed on the Congressional calendar. If the bills pass intact, their contents will need to be reconciled between the two houses before going on to President Joseph Biden.