The new reality of UFOs: An interview with journalist Leslie Kean 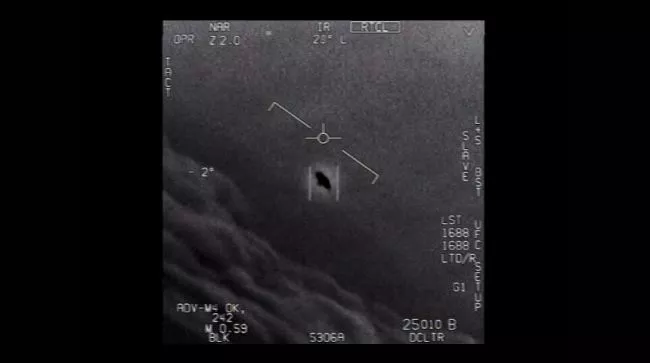 The past few years have seen a big change in how UFOs are perceived, both by the public and by government officials.

Leslie Kean is a veteran investigative reporter who has spent over 20 years delving into the once-taboo topic of unidentified flying objects (UFOs). UFOs are now established as real, she says. Furthermore, despite observations using highly advanced technologies, we have no idea what they are or where they come from.

While Kean has never seen a UFO, her own close encounters with hundreds of government documents, aviation reports, radar data and case studies with corroborating physical evidence, as well as interviews of dozens of high-level officials and aviation witnesses from around the world, have bolstered her belief that UFOs are worthy of scientific study. “I believe we may have finally arrived at the threshold of a new paradigm,” Kean said.

Kean is author of the New York Times bestseller “UFOs: Generals, Pilots and Government Officials Go on the Record (Harmony Books/The Crown Publishing Group, 2010). More recently, she co-authored eye-opening articles in The New York Times that focused on sightings of UFOs, which the U.S. military has recently rebranded as unidentified aerial phenomenon (UAPs), and the government programs to investigate them. She also wrote “UFOs: Shifting the narrative from threat to science,” an article published on The Debrief earlier this month.

Space.com recently caught up with Kean to discuss what she thinks is in the offing concerning UFOs, what stands in the way of the scientific community’s taking on the challenge of discovering if any UFOs are extraterrestrial, and more.

Space.com: How do you best characterize where we are today, given your NY Times co-authored piece that catapulted things into public view?

Kean: We have seen a major sea change since our December 2017 New York Times story that included two Navy videos. The government has acknowledged the reality of UFOs and the fact that they impact national security, and that alone is a major shift. We have more Navy videos of unexplained objects, an official UAP Task Force, and most recently a government report on UAP which was requested by the Senate Select Committee on Intelligence.

The report stated there is no evidence that UAP are ours, Russian or Chinese. It forced many stove-piped agencies to pool information for the first time and gained further attention for UAP from policymakers, with some calling for open congressional hearings. Even before the June 2021 UAP report, high level officials have made statements as to the need for further investigation of these unexplained objects exhibiting technology beyond what we possess. The taboo against taking the subject seriously is diminishing, and scientists have come out of the woodwork advocating for studies on UAP in Scientific American. These events are unprecedented. And the media can’t get enough of UFOs. Recently, for the first time, UFOs were covered by both The New Yorker and the CBS show, “60 Minutes.”

Space.com: Do you believe the “UAP” focus is the same as decades of “UFO” reports? Are they one and the same or not, in your view?

Kean: I don’t think there’s any difference in how the reports describe the phenomenon. Government documents such as the famous 1947 Twining Memo describe the behavior of the objects in the same way as later documents did, and in the same way they are reported today. The difference is that today we have better cameras, radar, satellite and sensor technology than we had decades ago, increasing the specificity of data on UAP (which remains classified).

The term “UAP” has gradually become the preferred term used by the government and military, because it encompasses a broader range of phenomena than the term “UFO.” But since “UAP” came into use primarily to avoid the stigma and baggage associated with “UFO,” there really isn’t much difference between the two other than the impression the acronym creates. One seems more cultural, the other more official. “UAP” removes any association with conspiracy theories, or shows like “The X-Files,” or the fringe element. Even so, the term “UFO” has been around forever and has a wider appeal. In my reporting I use the terms interchangeably, depending on the context.

Go to Space.com to see the full interview with Leslie Kean