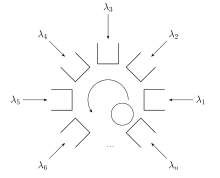 I knew this was big

Last year I was surprised by the sudden appearance of Spider asking me if I wanted to see disclosure of the alien presence on the Earth to go forward. I did not hesitate to answer Spider and said yes. Of course I want to see disclosure happen. After I got over the surprise of the question. I asked Spider, why he was asking me? He answered by saying that his people wanted to know what I thought. Flattered for only a brief moment. I realized that Spider answered me with his usual alien humor.

I knew there was more to it than that. I asked, who else they had asked. Spider said he could not tell me that. SO I asked how many others he had asked. He responded. Millions. So I knew this was big.

They were asking everyone they had contact with on the Earth, this question. Why? Spider of course never reveals motivations for his people. I knew that that question would go unanswered. What is their Motivation for asking Millions of human?. I can only speculate that they are using this information to feel out how those humans that they are in contact with, whether the time was right for disclosure.

I finally followed up with a question to Spider recently as to what is happening with that information that his people gained from this secret poll. The answer was not as bad as I expected. Spider said that they were waiting on seeing what will happen with some current events that are occurring on the Earth. And depending on these results are, they will make something happen before this year is out. I tried to find out what events that Spider’s people were waiting on. I only got a feeling that what it  was – is The effects of the CoVid virus on our behavior, Certain election results, and the lack of any major conflicts breaking out. I then asked what actions his people will take. He only answered a brief statement before cutting off communication with me. HE SAID Something that cannot be mistaken for anything else. This is Typical cryptic Spider speech to me, but this time with a timeline and a statement of certain action, which is more than I usually get out of Spider.