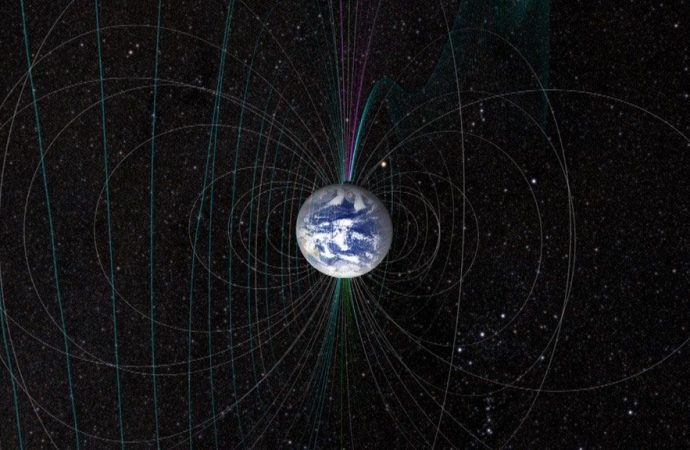 As background – I have been in communication with a non human entity that I have named Spider, since I was very young.  I was taught a mathematical language which is based on a four dimensional array. Information is conveyed all at once. I can decipher the information as if watching a movie along any one axis of the array. I recently asked Spider why there are no aliens living beside us on this world. It has taken me a few weeks to decipher the database and I am now ready to convey that information with you.

Mind you. I will have to summarize, as I received a large amount of data.

There are many reasons why aliens do not think that the Earth is prime real estate. I will cite the reasons in alphabetical order, just so that I can state them all without giving a prejudice as to which I think is the most important reason to Spider’s people. In fact, the way the data was presented was with a time variable, so that each one of the reasons I will give here, actually varies in importance to Spider’s people over time. Past, present and future.

One Biology – The biology of the Earth is a nightmare to those races visiting the Earth. Think of it. In one ounce of water there are countless number of viruses, bacteria and other small organisms that want nothing more to dig their way into our bodies and take up residence there. They generally do not distinguish what species they are digging into. Although most of these organisms do, do better, in specific hosts; there is a lot of flexibility for them to find new species to infect. We just have to look to recent events to justify that statement with viruses such as Swine Flu and CoVid-19. The Earth has been teeming with life almost from the beginning of Earth’s creation in the early solar system. Although most of the alien species visiting here have advanced methods of dealing with Earth’s dangerous fauna, (one is, genetically modified toxic blood), a lot of them do not. They get sick and they sometimes leave us nasty surprises too.

The Earth is viewed as a giant laboratory to many visitors here. The entire planet has been used for scientific experiments. Humans are routinely used as lab rats for the many species coming here. It is an interesting place to visit for many species, but not a place to live. The species that do have bases on our planet prefer to live in places where it is easier to control the environment. Underwater or underground.   Water can be boiled or irradiated when ships traverse in and out of bases. And underground rock can be fused to form impenetrable barriers to life and the access points sterilized during entrance and exiting of the base.

Most alien species prefer sterile environments that can be controlled. Life is one of the currencies that are traded between alien species and some have very strict purity rules in place before that life is traded among alien species.

The Earth is definitely not attractive to these traders, except as a place to extract new life, but the risk of contamination is not worth it to most of them.

Two Geology – The Earth is unstable. Our planet is actually a ball of molten rock with a very, very thin crust on top of it, sometimes only a few miles in thickness. This makes us very prone to volcanism, earthquakes and something even more frightening. Complete crustal shifting. Yes that is a thing. The entire crust can let go from the inner ball of liquid and shift its position relative to our spin. This can cause you to be thrown against your house walls with a large inertial force and be completely fatal. Twice. Once when it lets go and secondly when the crust catches hold again. There is evidence out there that this has happened in the past. Unexplained mass death of large animal species. Legends of the stars moving positions in the sky and large floods as the oceans slosh around. Salt water species in Lake Titicaca. And best of all the fact that the Earth’s core rotates at a slightly different angle than the Earth’s crust.

This makes the Earth not very desirable to species that do not have a way to counter the effects of inertial energy.

But one good thing about our Geology is the fact we have a strong magnetic field. This is a plus point for aliens. As it provides protection from Radiation, provides a source of usable energy and can be used as an anchor for transport technology. But the fact that over time the magnetic field can shut down for hundreds of years at a time during times of magnetic pole flipping, again makes it unattractive in the long run as a permanent home.

Three Humans – We are nasty creatures. I have to admit that I am quite okay with long distance communication with Spider, but the times I have actually been in his presence, I have to admit that something primal is unleashed in me. An unsettling desire to attack him. I do not know with certainty why that happens to me. But it does. And I have been assured that aliens do not like interacting with us in uncontrolled environments. We have a long history of attacking and killing many visitors to our world. That is why they do not meet us on our terms. Only on theirs. They have devices which can control our moods. It is purely by accident that I discovered a way to counteract their mood altering devices and was able to interact on a different level with the four different species I have interacted with. I do not know how to translate the names they call themselves. I have interacted with a Nordic (tall blonde), a tall grey, and two different small grey species. They do not fear us. They are pretty secure in the knowledge that with their superior technology, they are safe from us. They generally just do not like interacting with us. Our anger, fear and melancholy are just as infectious as viruses and can cause some alien species to take on those emotions.

Generally we are unhygienic to them. We are just teeming with parasites. Undergoing one of their sterilization procedures is enough for any human to not want to have anything to do with aliens. It involves the complete opening up of our bodies. I have seen my insides and do not wish to ever see that again. It still amazes me that they can put us back together again without any visible physical evidence of the procedure.

I know I am interjecting, my own experiences in this section. But it is a release for me to do so. This part of the movie is hard to watch and there is so much more information given to me that does not involve the topic of the title of this article.

We are lab rats to a lot of our alien visitors. Just leave it to say that they do not want to live in the cage (The Earth) with us.

(An aside note. One of the side effects of meeting Non Human Entities is the feeling of calm just being around other humans gives me. Differing racial features of humans from around the world become invisible. And I only see fellow humans. I look forward to the day of disclosure so that human racial differences for all, becomes insignificant)

Four Radiation – We are very close to our sun. Yes aliens can harvest the sun’s energy. But our proximity to our star is problematic. To races that can produce almost unlimited amount of energy themselves. The sun is a back up emergency source only. The radiation coming from our star is very high and lethal in unprotected environments. Our magnetic field, ozone and thickness of our atmosphere does provide enough protection to not kill us until we have procreated. But as I said. The magnetic field varies with time. The ozone layer is fragile as we have proved. And our atmosphere is really not that thick. Any good supernova going off in our vicinity will wipe the planet clean of life.

Our sun presents another danger. Solar flares can emit an enormous amount of electromagnetic energy, capable of knocking out sensitive equipment.   Coronal ejections can hit the Earth and be a huge danger to life.

There is another source of radiation that I do not fully understand, that I was told of. It comes from the galactic core and it rotates like a lighthouse beacon. Fortunately for us, the rotation is in the millions of years. But aliens’ reluctance to settle here still means that our time in the spotlight is coming up. The strength of the radiation hitting us will depend on how much material is between us and the spotlight and the dispersion of that radiation over distance. Being closer to the edge of our galaxy is better than being closer in.

So long term, the planet’s surface is not reliable enough, to protect any species living here, amble protection from Radiation.

Five Weather – All conversations always come back to weather. We have a lot of it. Climate is not an issue to aliens as climatic changes can always be adapted to over time. It is the weather at any one given moment. The amount of lightning strikes hitting the earth every day is staggering. Lightning is lethal, even to aliens. Lightning can bring down their spacecraft. Flying in the earth’s atmosphere is downright dangerous. It can affect equipment that is directly struck. There are many more worlds out there without water in the atmosphere and thus with no lightning.

Now I did not get the impression that any One of the reasons I have given to you had preference over any the others. They all add up in aliens’ minds.

So in conclusion. We are living in a highly dangerous environment that most aliens would consider unsafe.