No One Owns Disclosure 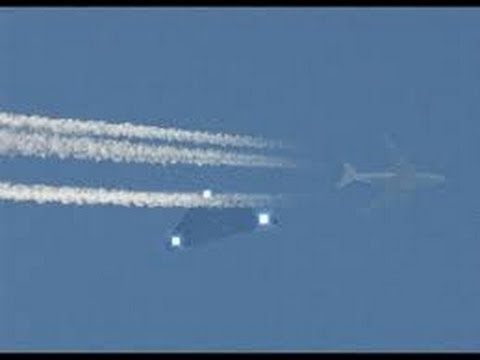 Disclosure is not something anyone can just ask for

Many people do not know who I am so let me share a few words of introduction. My name is Jason Rice and I recently came into public awareness on the Gaia series, COSMIC DISCLOSURE. This is the platform that I chose to go public for the first time about my experiences in MILAB and SSP programs. At risk to my personal safety and my professional life working as a multi-discipline Civil and Electrical Engineer for over 21-years, I decided in 2017 to go public because I feel it is time to disclose my involvement in ongoing unacknowledged special access programs with the explicit hope of contributing valuable information to the Disclosure effort.

When deciding upon going public with my experiences, I was fully aware of the potential ramifications from various government and non-government agencies involved with the SSP. The agencies’ typical whistleblower discredit playbook includes the usual media manipulation, civil legal actions, slander, ridicule, and even perhaps, threats as a result of my coming forward. I did not, however, imagine that another SSP veteran would fulfill the role of bullying, ridicule, civil legal action and manipulation of the alternative media to further a narrative, agenda and/or opinion.

At 10:46 a.m. (PST) On October 3, 2018 I was served with a legal letter from the attorney of James Corey Goode mere hours before my interview with Jimmy Church on Fade to Black. A copy of the letter is included with this article. The main goal of coming forward with my experiences is about contributing to the goal of full disclosure. There are many voices out there who have spoken about the SSP and other classified programs that date back to the late 1980s. Many more are in a position to come out but are cautious because of the ridicule and overtly aggressive behaviors from within the truth seeker community, not to mention the very real threats from and targeting by SSP involved government and non-government agencies alike.

Whistleblowers and Insiders have a tremendous amount of information to contribute. The SSP-puzzle has many pieces and many compartmentalized parts. I do not pretend to know all the thousands of people that have been/are involved. This secrecy within the SSP is deliberate in order to specifically restrict knowledge in the event of leaks and/or whistleblower testimony. There are many factions with assets, people, interests and agendas in the SSP. The best thing we can do to further the disclosure movement is to encourage those who are willing to come forward to do so. This movement is far bigger than any one person, group, narrative or interest.

In September 2017, I was invited by Gaia to be a guest on Cosmic Disclosure. I was told shortly after that Corey Goode refused to appear with me on the show. Gaia conveyed my offer to meet and discuss my experiences but this opportunity was declined by Corey Goode. I am not alone in this arbitrary “blacklisting” experience either. There are other whistleblowers that were similarly blacklisted long before I ever stepped foot on Gaia property. It is not my place to provide their names and those who experienced it firsthand will speak out if that is their wish. The point here is that a SSP whistleblower decided FOR YOU what information you are given.

Gaia was hopeful that Corey would reconsider his position on my testimony, given Corey Goode originally refused to appear with Emery Smith on the series as well. Honoring Corey’s request, Gaia then invited me to appear on a different series in Feb 2018.

In March 2018, Corey Goode filed for copyright protection with the USPTO for intellectual property protection of the terms “20 & back”, “SSP”, “Secret Space Program”, and “countless other topics and areas of interest.”

No one owns these terms or programs, nor the efforts to bring this information forward. To trademark and thus control or restrict use of the terms “20 & back”, “SSP”, “Secret Space Program”, “and “countless other topics and areas of interest” by Corey Goode is contrary to what the Truth Seeking community has been working towards for decades.