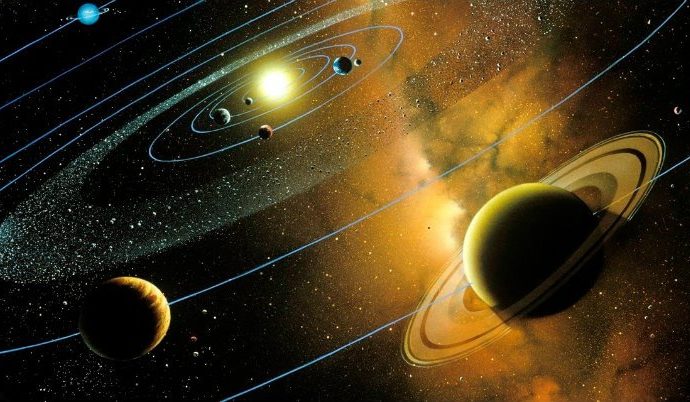 All of this adds a new layer to the search for life on other planets: apart from finding planets in the “Goldilocks” area, where they are neither too far nor too close to their star….

We’ve said it before, but it seems like the universe keeps proving that it’s a lot more complicated than the Drake Equation would lead us to believe.

Previously, the thousands of exoplanets we discovered last year would suggest that life exists in some solar system out there, if most solar systems end up looking like ours. But new research has revealed that most solar systems are very, very different—meaning that finding alien life could be even more difficult.

According to a new paper in the Astronomical Journal, most of the solar systems observed by the Kepler telescope have planets that are a) roughly the same size and b) roughly the same distance from one another. Compared to our solar system, which has huge gas planets like Jupiter and Saturn and tiny, rocky planets like Venus and Mercury at varying distances from one another, these systems seem to be much more uniform.

This may mean that out solar system’s formation was actually an anomaly:

“In classic planet formation theory, planets form in the protoplanetary disk that surrounds a newly formed star. The planets might form in compact configurations with similar sizes and a regular orbital spacing, in a manner similar to the newly observed pattern in exoplanetary systems…Abundant evidence in the solar system suggests that Jupiter and Saturn disrupted our system’s early structure, resulting in the four widely-spaced terrestrial planets we have today. That planets in most systems are still similarly sized and regularly spaced suggests that perhaps they have been mostly undisturbed since their formation.”

All of this adds a new layer to the search for life on other planets: apart from finding planets in the “Goldilocks” area, where they are neither too far nor too close to their star, scientists may start digging into what factors decide the size and spacing of planets in solar systems, which will determine what systems end up looking like ours.

By Chris Mahon From Outer Places