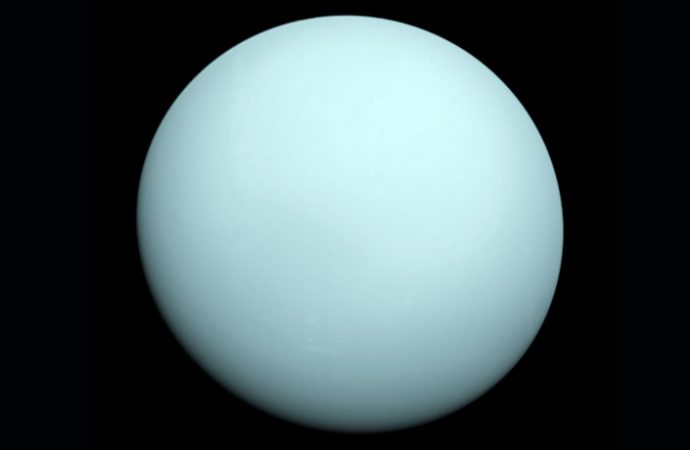 Uranus’ upper clouds are made of hydrogen sulfide — the same molecule that gives rotten eggs their noxious odor.

“At the risk of schoolboy sniggers, if you were there, flying through the clouds of Uranus, yes, you’d get this pungent, rather disastrous smell,” says planetary scientist Leigh Fletcher of the University of Leicester in England.

Using a spectrograph on the Gemini North telescope in Hawaii, Fletcher and his colleagues detected the chemical fingerprint of hydrogen sulfide at the top of the planet’s clouds, the team reports April 23 in Nature Astronomy.

That wasn’t a complete surprise: Observations from the 1990s showed hints of hydrogen sulfide lurking deeper in Uranus’ atmosphere. But the gas hadn’t been conclusively detected before.

The clouds aren’t just smelly — they can help nail down details of the early solar system. Uranus’ hydrogen sulfide clouds set it apart from the gas giant planets, Jupiter and Saturn, whose cloud tops are mostly ammonia.

Hydrogen sulfide freezes at colder temperatures than ammonia. So it’s more likely that frozen hydrogen sulfide ice crystals would have been abundant in the further reaches of the early solar system, where the crystals could have glommed onto newly forming planets. That suggests that ice giants Uranus and Neptune were born farther from the sun than Jupiter and Saturn.

“This tells you the gas giants and the ice giants formed in a slightly different way,” Fletcher says. “They had access to different reservoirs of material back in the forming days of the solar system.”

Fletcher is far from repelled by the malodorous clouds. He and other planetary scientists want to send a spacecraft to the ice giants — the first since the Voyager spacecraft visited in the 1980s — to find out more.