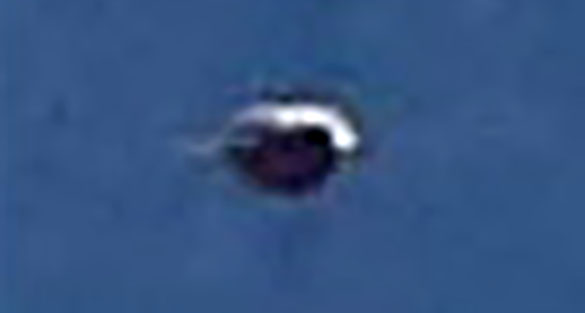 File reports about the U.S. Forest Services having UFO sightings have been declassified.

The UFO files of the U.S. Forest Service (USFS) have been declassified. There are 20 pages in the files, and although there is a dubious claim about the construction of a secret alien base and an unconvincing UFO photo, there is an interesting UFO report from U.S. Air Force personnel at a radar station in Montana.

The Forest Service UFO files were obtained via a Freedom of Information Act (FOIA) request by John Greenewald. Greenewald runs TheBlackVault.com, a site that houses over one million declassified files obtained via FOIA requests.

Greenewald says he made the request in November, 2016 and received the files in February, 2017.

The first report in the file is a letter and photographs from a man who says he caught something “very strange” in a photograph he took while visiting Lost Twin Lakes in Bighorn National Forest. The witness says he did not see or hear anything unusual while taking the picture, but he noticed an odd object in one of the photos when he reviewed them later. He speculates that perhaps it is a drone, but also says he did some research and did not find any drones that looked like the object in the image. 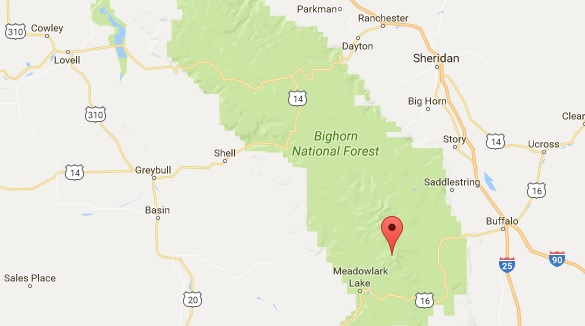 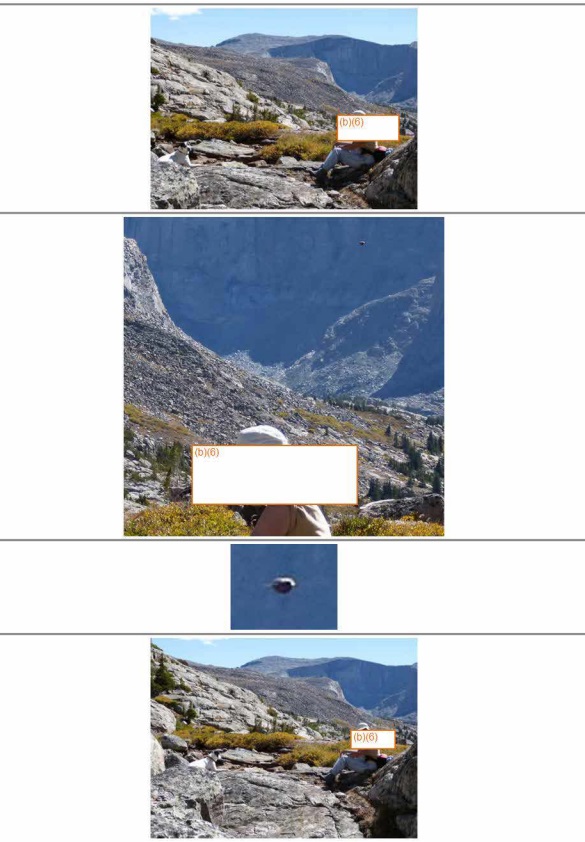 It is hard to make out what exactly the object in the image is, but the USFS files did not include a high resolution image. Greenewald says he did inquire if higher resolution images were available, but they were not. 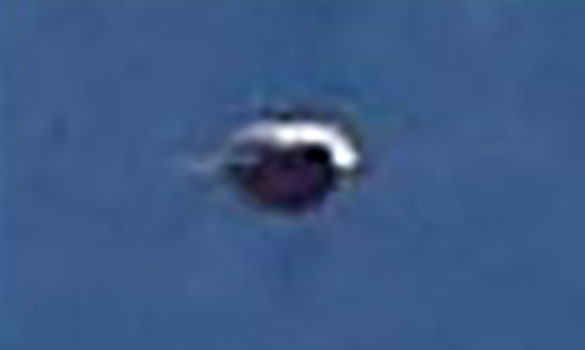 Without better images, this blob of light and shadows could be anything, and is likely a bird in flight. Often vacation photos with weird objects that were not noted at the time of their taking turn out to be birds or bugs that look strange in photographs once they are reviewed back home.

The USFS did not include their response to the UFO photog, or if they responded at all.

Following the UFO photos letter and was a copy of an article regarding Yaak Air Base. According to the article, Yaak Air Base was in operation from April, 1952 to July, 1960, as part of a number of stations throughout the country that served as an early warning system during the cold war in case of a potential Russian attack. The base was near Yaak, Montana, in the Kootenai National Forest. 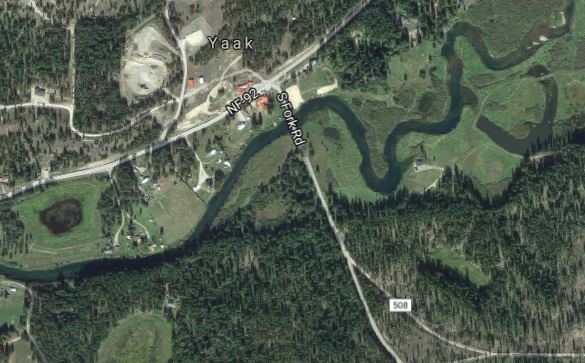 Location of Yaak Air Base as described in the article. (Credit: Google Maps)

For our purposes, the most interesting paragraph in the article is the last, and in the file provided to Greenewald, is highlighted in yellow.

The Yaak Radar Station also had its share of mystery, on Sept. 1 , 1952, Yaak, Montana. 4:45 a.m: Two USAF enlisted men, and three men using AN/FPS-3 radar set. Report visually sighting two small, varicolored lights becoming black silhouettes at dawn, and flying erratically for one hour. The crew at the radar station saw a, “dark, cigar shaped object,” right where the radar had the UFO pinpointed. What these people saw is a mystery to this day.

This is my favorite part of the USFA UFO files. Unfortunately, no further information is provided.

The most sensational claim in the files, and the one picked up by silly UK tabloids, is a report of a secret government installation being constructed that has something to do with aliens. The subject of the report is “Secret govt installation being built in the Salt River Canyon area on the TNF [Tonto National Forest].” 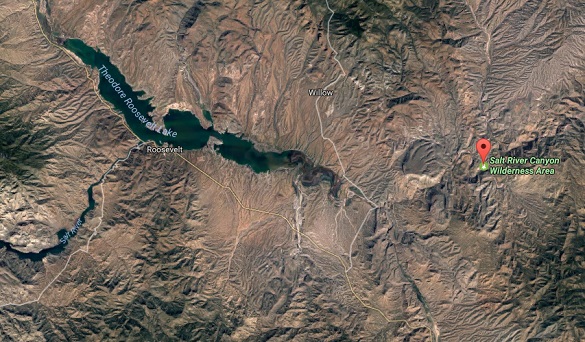 Area of alleged construction of secret government base that has some relation to aliens that eat people. (Credit: Google Maps)

What is scary is that this is not far from my house. However, it does make it less scary for me that I do not believe an alien base was actually built there.

Here is a report regarding the call that was taken by David of the Forest Service on the morning of December 30, 2013 regarding UFOs, aliens and one detached head.

David received a call this morning at the front desk from a male caller reporting the construction of a secret government installation upstream from the Salt River Canyon past Pinal Creek (upstream from Roosevelt Lake). Aliens and at least one detached head are involved.

Caller claims to have seen construction cranes coming out the side of the cliffs, miniature stealth planes and UFOs, aliens and people working together at the site, aliens eating people. He found a severed head and claims to have pictures of some of this stuff.

Caller reported that he is 60, not crazy, and doesn’t do drugs. He said he had already called the “office at the lake,” but he didn’t know if those people were turning the other cheek or maybe those people have been paid off.

David had him leave a message with Bray.

Please let me know if t here are any Talking Points to be developed. I’m sure the Phoenix media will be all over this.

P.S. David and I aren’t doing drugs either.

The only other item in the files was a report in 2012 of a meteor or space junk that landed in George Washington & Jefferson National Forests and caused a fire. It was determined the fire was caused by a lightning strike. The report states, “Witnesses saw flaming space junk or satellite crash land in these mountains [Massanutten Range, Virginia] which may have caused the forest fire of last year: June 24, 2012, at around 1150PM Sunday.”