Teleportation is No Longer Science Fiction or Theory 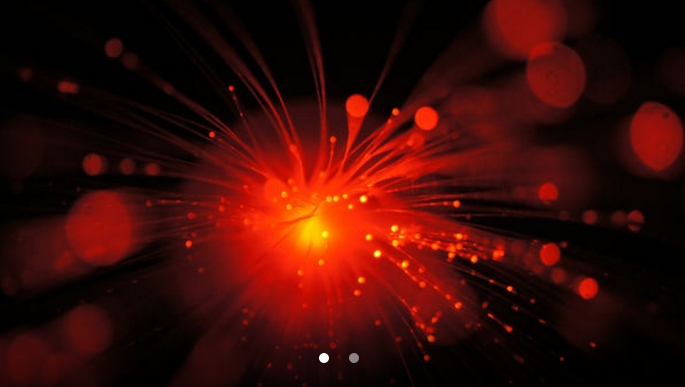 This latest series of experiments in Calgary tested quantum teleportation in actual infrastructure, representing a major step forward for the technology.

RJ Teles shares with EMN the following information based on his recent book,  The Final Revelation: The Sun Project.

Does intelligent extraterrestrial life really exist? Does anyone know the answer? You decide. In the The Final Revelation; The Sun Project a group of former military and intelligence analysts break the code of silence and share their knowledge of what could be the most closely guarded secret in the history of mankind. And while some people may dismiss these claims, the evidence is growing every day that intelligent extraterrestrial life does exist based on almost daily feedback from the fleet of space probes NASA has scattered throughout the solar system. In fact, NASA estimates there are conservatively 14 billion earth-like planets within our Milky Way galaxy alone. The truth is that the question of whether intelligent life exists elsewhere in the universe has been answered. Do you want to know?

One discussion that never made it into the book was regarding the concept of teleportation. According to one of the men, military sponsored teleportation experiments were ongoing and he had heard stories of progress in the teleportation of large inorganic materials. He also alleged that the “inspiration” for the technology came from a highly classified source. This information wasn’t included in the book because the man hadn’t been involved in any of the projects and therefore couldn’t personally assure the validity of the stories.

Recently, NASA’s JPL (Jet Propulsion Laboratory) announced a successful teleportation of photons under the city of Calgary through a fiber network. This rudimentary success in itself does not prove the stories of teleportation of larger inorganic materials reported by my military contact, but I know from my own experience that secret military research doesn’t always parallel public projects. Often times, the classified military efforts are more advanced than the public initiatives and for National security reasons the military’s efforts are not shared with any other research projects. So, what’s the point? The point is that research by JPL has proven teleportation is viable even with our limited understanding of quantum mechanics. And, over time we will master the process and expand its use just like the use of lasers, for example. Therefore it is not unreasonable to presume a technologically advanced extraterrestrial race may have already mastered the process and could use it to easily traverse great distances within the universe. That is one discussion I definitely plan to revisit. This image shows crystals used for storing entangled photons, which behave as though they are part of the same whole. Scientists use crystals like these in quantum teleportation experiments. Image Credit: Félix Bussières/University of Geneva.

› Quantum teleportation, a phenomenon in quantum physics, can be used to encrypt data.

› In the future, quantum teleportation could be developed into infrastructure – creating a “quantum Internet.”

Quantum physics is a field that appears to give scientists superpowers. Those who understand the world of extremely small or cold particles can perform amazing feats with them — including teleportation — that appear to bend reality.

The science behind these feats is complicated, and until recently, didn’t exist outside of lab settings. But that’s changing: researchers have begun to implement quantum teleportation in real-world contexts. Being able to do so just might revolutionize modern phone and Internet communications, leading to highly secure, encrypted messaging.

A paper published in Nature Photonics and co-authored by engineers at NASA’s Jet Propulsion Laboratory, Pasadena, California, details the first experiments with quantum teleportation in a metropolitan fiber cable network. For the first time, the phenomenon has been witnessed over long distances in actual city infrastructure. In Canada, University of Calgary researchers teleported the quantum state of a photon more than 3.7 miles (6 kilometers) in “dark” (unused) cables under the city of Calgary. That’s a new record for the longest distance of quantum teleportation in an actual metropolitan network.

While longer distances had been recorded in the past, those were conducted in lab settings, where photons were fired through spools of cable to simulate the loss of signal caused by long distances. This latest series of experiments in Calgary tested quantum teleportation in actual infrastructure, representing a major step forward for the technology.

“Demonstrating quantum effects such as teleportation outside of a lab environment involves a whole new set of challenges. This experiment shows how these challenges can all be overcome and hence it marks an important milestone towards the future quantum Internet,” said Francesco Marsili, one of the JPL co-authors. “Quantum communication unlocks some of the unique properties of quantum mechanics to, for example, exchange information with ultimate security or link together quantum computers.”

Photon sensors for the experiment were developed by Marsili and Matt Shaw of JPL’s Microdevices Laboratory, along with colleagues at the National Institute of Standards and Technology, Boulder, Colorado. Their expertise was critical to the experiments: quantum networking is done with photons, and requires some of the most sensitive sensors in the world in order to know exactly what’s happening to the particle.

“The superconducting detector platform, which has been pioneered by JPL and NIST researchers, makes it possible to detect single photons at telecommunications wavelengths with nearly perfect efficiency and almost no noise. This was simply not possible with earlier detector types, and so experiments such as ours, using existing fiber-infrastructure, would have been close to impossible without JPL’s detectors,” said Daniel Oblak of the University of Calgary’s Institute for Quantum Science and Technology.

Shrink down to the level of a photon, and physics starts to play by bizarre rules. Scientists who understand those rules can “entangle” two particles so that their properties are linked. Entanglement is a mind-boggling concept in which particles with different characteristics, or states, can be bound together across space. That means whatever affects one particle’s state will affect the other, even if they’re located miles apart from one another.

This is where teleportation comes in. Imagine you have two entangled particles — let’s call them Photon 1 and Photon 2 — and Photon 2 is sent to a distant location. There, it meets with Photon 3, and the two interact with each other. Photon 3’s state can be transferred to Photon 2, and automatically “teleported” to the entangled twin, Photon 1. This disembodied transfer happens despite the fact that Photons 1 and 3 never interact.

This property can be used to securely exchange secret messages. If two people share an entangled pair of photons, quantum information can be transmitted in a disembodied fashion, leaving an eavesdropper with nothing to intercept and so unable to read the secret message.

This system of highly secure communications is being tested in a number of fields, Marsili said, including financial industries and agencies like NASA that want to protect their space data signals. The superconducting single photon detectors developed by Marsili, Shaw and their NIST colleagues are a key tool in doing this, because sending photons over long distances will inevitably lead to “loss” of the signal. Even when using a laser in space, light diffuses over distance, weakening the power of the signal being transmitted.

The next step is building repeaters that can further teleport the state of a photon from one location to the next. Just as repeaters are used to carry other telecommunication signals across long distances, they could be used to teleport entangled photons. Super-sensitive photon detectors would allow repeaters to send entangled photons across the country. For space-related communications, repeaters wouldn’t even be necessary; photons could eventually be fired into space using lasers, and photon states could be teleported from Earth.

No repeaters were used in the Calgary experiments, which were mainly meant to establish how quantum teleportation can be performed outside the lab. Researchers used the city’s dark fiber — a single optical cable with no electronics or network equipment flowing through them.

“By using advanced superconducting detectors, we can use individual photons to efficiently communicate both classical and quantum information from space to the ground,” Shaw said. “We are planning to use more advanced versions of these detectors for demonstrations of optical communication from deep space and of quantum teleportation from the International Space Station.”

The study was funded by Alberta Innovates Technology Futures; the National Science and Engineering Research Council of Canada; and the Defense Advanced Research Projects Agency. Part of the detector research was carried out at JPL under a contract with NASA. Caltech in Pasadena manages JPL for NASA.