Who or What are The “Greys”? 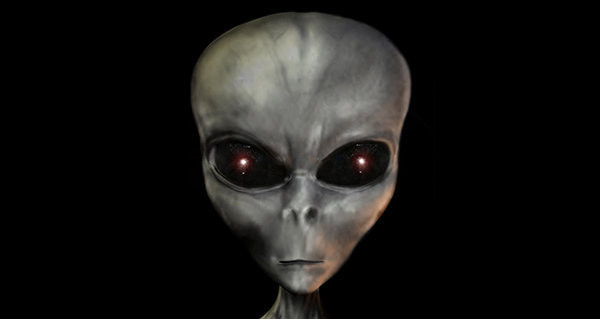 Researchers at Harvard Medical School have used DNA to design and build a nanosized robot that acts as a drug delivery vehicle to target specific cells.

One of our EMN subscribers, R.J. Teles, has expressed that he has some connections to military insiders and offers this interesting perspective on the “Greys”. Does this match with what you know? Earth Mystery News wants to learn your perspective and experience. Please read this article and offer us your comments.

From R.J. Teles: According to classified military reports, the ‘Greys,’ are not actual aliens but rather biological creations of an advanced race, which may explain their insensitivity to human suffering. They appear to be specifically designed for space travel with large fluid-filled heads to cushion their brains against gravitational forces and large, dark eyes designed to adapt to the various lighting conditions they might encounter throughout their space travel. These creatures have no digestive system making it unnecessary to store and consume food, and no lungs to require any type of respiration. Their small, about 4 foot tall, slight body allows them to easily adapt to varying gravitational forces.

The Greys do not grow, but they are alive by human standards. They are organic, assembled in the same way we would assemble a robot, but using a more sophisticated process and materials. They are electrically powered just like the human body, but do not have a specific personality nor do they have emotions. The Greys are beings of pure logic; however, they do have the capability to understand and predict human behavior and emotion. They do not die in the sense human beings die, they just cease to function. These creatures can be repaired and revived. The Greys appear to be a more sophisticated and anthropomorphic version of the robotic systems we are currently creating. Before dismissing these claims, consider that with ongoing research in the area of genetics and the use of DNA in biological constructs it seems just a matter of time before mankind achieves the same level of sophistication.

Check out this article below by Matteo Palma, Queen Mary University of London:

From living computers to nano-robots: how we’re taking DNA beyond genetics

DNA is one of the most amazing molecules in nature, providing a way to carry the instructions needed to create almost any lifeform on Earth in a microscopic package. Now scientists are finding ways to push DNA even further, using it not just to store information but to create physical components in a range of biological machines.

Deoxyribonucleic acid or “DNA” carries the genetic information that we, and all living organisms, use to function. It typically comes in the form of the famous double-helix shape, made up of two single-stranded DNA molecules folded into a spiral. Each of these is made up of a series of four different types of molecular component: adenine (A), guanine (G), thymine (T), and cytosine (C).

Genes are made up from different sequences of these building block components, and the order in which they appear in a strand of DNA is what encodes genetic information. But by precisely designing different A,G,T and C sequences, scientists have recently been able to develop new ways of folding DNA into different origami shapes, beyond the conventional double helix.

This approach has opened up new possibilities of using DNA beyond its genetic and biological purpose, turning it into a Lego-like material for building objects that are just a few billionths of a metre in diameter (nanoscale). DNA-based materials are now being used for a variety of applications, ranging from templates for electronic nano-devices, to ways of precisely carrying drugs to diseased cells.

Designing electronic devices that are just nanometres in size opens up all sorts of possible applications but makes it harder to spot defects. As a way of dealing with this, researchers at the University of Montreal have used DNA to create ultrasensitive nanoscale thermometers that could help find minuscule hotspots in nanodevices (which would indicate a defect). They could also be used to monitor the temperature inside living cells.

The nanothermometers are made using loops of DNA that act as switches, folding or unfolding in response to temperature changes. This movement can be detected by attaching optical probes to the DNA. The researchers now want to build these nanothermometers into larger DNA devices that can work inside the human body.

Researchers at Harvard Medical School have used DNA to design and build a nanosized robot that acts as a drug delivery vehicle to target specific cells. The nanorobot comes in the form of an open barrel made of DNA, whose two halves are connected by a hinge held shut by special DNA handles. These handles can recognise combinations of specific proteins present on the surface of cells, including ones associated with diseases.

When the robot comes into contact with the right cells, it opens the container and delivers its cargo. When applied to a mixture of healthy and cancerous human blood cells, these robots showed the ability to target and kill half of the cancer cells, while the healthy cells were left unharmed.

Because DNA structures can act as switches, moving from one position to another and back again, they can be used to perform the logical operations that make computer calculations possible. Researchers at Harvard and Bar-Ilan University in Israel have used this principle to build different nanoscale robots that can interact with each other, using their DNA switches to react to and produce different signals.

What’s more, the scientists implanted the robots into a living animal, in this instance a cockroach. This allowed them to develop a novel type of biological computer that can control the delivery of therapeutic molecules inside the cockroach by switching elements of their structure “on” or “off”. A trial of these DNA nanorobots is now scheduled to take place in humans.

As well as creating minuscule machines, DNA can provide a way for us to copy natural processes at the nanoscale. For example, nature can capture energy from the sun using photosynthesis to convert light into chemical energy, which acts as fuel for plants and other organisms (and the animals that eat them). Researchers at Arizona State University and the University of British Columbia have now built a three-arm DNA structure that can capture and transfer light that mimics this process.

Photosynthesis occurs in living organisms thanks to tiny antennas made up of a large number of pigment molecules at specific orientations and distances from each other, which are able to absorb visible light. The artificial DNA-based structures act as similar antennas, controlling the position of specific dye molecules that absorb the light energy and channel it to a reaction centre where it is converted into chemical energy. This work could pave the way for devices capable of more efficiently using the most abundant source of energy we have at our disposal: sunlight.

So what’s next for DNA nanotechnology? It is hard to know but, with DNA, nature has given us a very versatile tool. It is now up to us to make the best use of it.

Matteo Palma receives funding from the Engineering and Physical Research Council and the Royal Society of Chemistry.

Queen Mary University of Londonprovides funding as a member of The Conversation UK.

View partners of The Conversation

We believe in the free flow of information. We use a Creative Commons Attribution NoDerivatives licence, so you can republish our articles for free, online or in print.