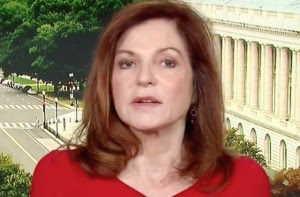 On Saturday, September 16  Donald Trump attacked Maureen Dowd, who is a columnist for the New York Times,[i]  as “wacky” and “a neurotic dope.” In an interview with CNN, Dowd thinks that the reason Trump may have attacked her is that she reported that Trump had told her that violence added excitement at his rallies. Dowd

On Saturday, September 16  Donald Trump attacked Maureen Dowd, who is a columnist for the New

York Times,[i]  as “wacky” and “a neurotic dope.” In an interview with CNN, Dowd thinks that the reason Trump may have attacked her is that she reported that Trump had told her that violence added excitement at his rallies. Dowd stated, “I told him that it was wrong that there was violence being incited at his rallies and that reporters were being roughed up. And he paused, you’re right, he did listen, but then he disagreed and said he thought the violence added a frisson of excitement.”

It is not known what New York Times material is “irresponsible” but the Times just published a report earlier in the day detailing how Trump built his fortune over on nearly $900 million in taxpayer subsidies over the past four decades. Earlier the Times published an article on Trump history with women that Trump threatened to sue over.

The importance of Dowd to the world of Ufology is that Dowd is the reporter copied on the John Podesta UFO tweet that he made the day before he left the Obama White House, where he was an advisor, to become the chairperson for the Hillary Clinton campaign.

At first, it was a mystery why Dowd was copied on this tweet but later it was learned that Dowd is an ET supporter in a quiet way, and that is probably why Podesta copied her. The most clear example of Dowd’s support for the ET issue came in 1997 when she wrote a piece in the Times following the press release by the USAF stating that the reports of small grey aliens at the Roswell crash in 1947 came from the dropping of six-foot tall wooden dummies dressed in Air Force uniforms that were dropped in 1953.

In her article, Dowd stated “Klaatu Barada Nikto. Or as we say in our galaxy, get a grip. The Roswell report will settle the debate over aliens about as well as the Warren report settled the debate over the single-bullet theory…The new report, with sections that sound like ‘’The X-Files’ episodes (‘’The Alien at the Hospital,’ ‘The Missing Nurse’) will simply be taken as another sign that the truth is out there.”

This is the second time that Trump has bumped up against a key UFO figures in the last couple of days. Just last week he hired James Woolsey as his intelligence advisor. Woolsey became famous in UFO circles when as the new CIA director for Bill Clinton he called in Dr. Steven Greer and secretly discussed the UFO situation with him at a private dinner party for three hours. It was during that meeting that Woolsey admitted that he and his wife had encountered a clear daytime UFO sighting in the 1970s.

Later Woolsey denied the three-hour UFO discussion but was later against exposed by Catherine Austin Fitts, a former Assistant Secretary of the Department of Housing and Urban Development (HUD). Fitts released documents supporting her claims that the US Navy initiated a plan in 1998 to adjust its operations for a future where extraterrestrials exist and live among us. He further claimed that Woolsey was part of Arlington Institute Board that was involved with the project.

During the Woolsey 1993 meeting with Greer, Woolsey was pressured to dig into the CIA files on UFOs and make them public. Woolsey told Greer “Dr. Greer, how can we disclose what we are denied access to?” Despite this Woolsey did make a request for a review of the declassified UFO files and it appeared in a new CIA report on their UFO involvement in 1997. Later I heard that Woolsey also made an investigation into the classified UFO files but this was never made public.

I have discussed the whole Woolsey Clinton connection in my latest book “The Clinton UFO Storybook” including correspondence I had with Catherine Fitts over her claims many years ago.