Aliens are all around us: NASA astronaut 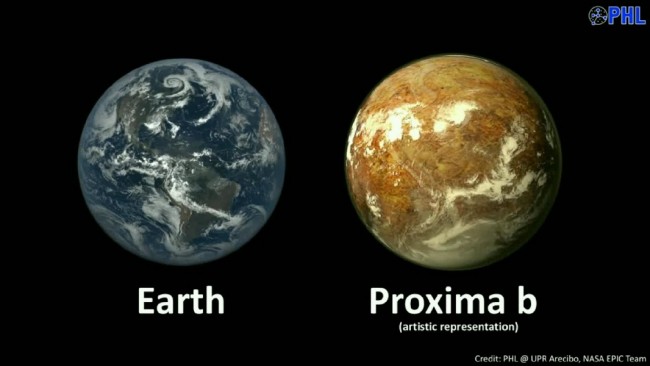 Having spent 230 days in space, a NASA astronaut is convinced that aliens are everywhere around us, and it would be arrogant to think otherwise.

So you think there are no aliens anywhere in the world?

A habitable planet near the earth (Photo : youtube.com)

Well, you’re wrong—and arrogant to think so, according to Leroy Chiao, an ex-NASA astronaut and commander on the International Space Station, who has completed almost 230 days in space.

Ever since NASA’s Kepler mission discovered thousands of exoplanets, of which 40 are thought to be within the “Goldilocks Zone,” where it is not too hot nor too cold to get life support, scientists have found a planet that revolves around Proxima Centauri, our closest star. It has been named Proxima b.

Having been on four missions in space and completed six spacewalks, Leroy Chaio said that discoveries of other earth-like planets all over the world confirms what he has believed—that there is alien life in the entire universe. Proxima b, which is the closest to our own planet, is situated about 4.2 light years away.

The earth, though, doesn’t have too nice a future, he explained:

“I believe that there is life all over our universe, since it would be the height of arrogance to think that we are alone. Moreover, I believe that at some point, life on Earth will die out, either from natural causes, or from our own doing. To me, this is a natural progression, just like individual lives on our planet. Unlike many people, including several of my astronaut colleagues, I don’t think that technology will save us,” he wrote. “I believe that life is always starting in some parts of the universe at the same time that it is dying out in others. We don’t know about each other, simply because the distances are so vast.”

Other scientists share his thinking. Many scientists told Congress in 2014 that “the components and conditions” that make life exist everywhere are probably widespread in the Milky Way.

“At least a half-dozen other worlds (besides Earth) that might have life are in our solar system,” Seth Shostak, a senior astronomer at the California-based Search of Extraterrestrial Intelligence Institute told the U.S. House of Representatives’ Committee on Science, Space, and Technology at the time. “The chances of finding it, I think, are good, and if that happens, it’ll happen in the next 20 years, depending on the financing.”

William Borucki, a famed NASA scientist and pioneer in the finding of new planets said last year that if there were alien life, wouldn’t we know it by now?

“Up till now, it was just an intellectual question. It isn’t anymore. There could be 10 billion civilizations or none. The evidence certainly is none,” Borucki said. “The evidence says no one’s out there.”