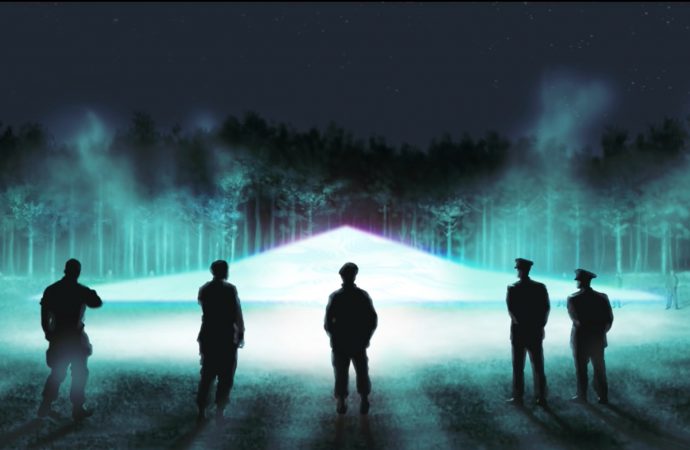 The DEBUT CANADIAN LECTURE APPEARANCE of the original whistle blower and eye witness experiencer of the infamous Rendlesham Forest/RAF Bentwaters UFO event, “Britain’s Roswell” and co-author of the fascinating book, LEFT AT EAST GATE – A First-Hand Account of the Rendlesham Forest UFO Incident, Its Cover-Up, and Investigation, LARRY WARREN.

In late December 1980, there were a series of reported sightings of unexplained lights near Rendlesham Forest, Suffolk, England, which have become linked with claims of UFO landings. The events occurred just outside RAF Woodbridge, which was used at the time by the U.S. Air Force as a secret nuclear weapons storage facility. USAF personnel including deputy base commander Lieutenant Colonel Charles I. Halt claimed to see things they described as a UFO sighting.

The occurrence is the most famous of claimed UFO events to have happened in Britain, ranking among the best-known reported UFO events worldwide. It has been compared to the Roswell UFO incident in the United States and is sometimes referred to as “Britain’s Roswell”.

Considered the most well-documented and evidenced UFO/UAP incidents in history, Larry Warren is responsible for bringing this story to the public during the cold war.