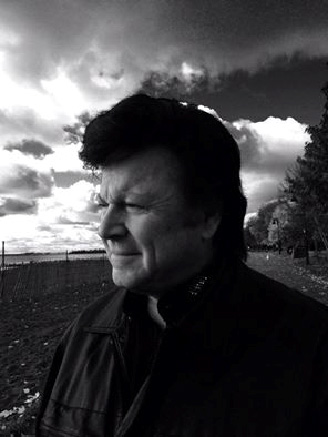 The world lost a blessed soul this weekend, and EMN lost a good friend. You may not have seen his name in the credits anywhere on EMN, but Bobby Curtola was an inspirational leader and business advisor to all of us here.

The world lost a blessed soul this weekend, and EMN lost a good friend. You may not have seen his name in the credits anywhere on EMN, but Bobby Curtola was an inspirational leader and business advisor to all of us here. Bobby had planned to have a bigger role in the future with EMN, but alas, it will not be. Bobby was a loving father and grandfather, a devoted husband and a mentor to all of us here. Everyone who met him could not be untouched by his unconditional love and sincerity in his happiness in meeting you. He brought warmth and love wherever he went and he was one of the best friends anyone could have. It is impossible to convey the loss to those that never met him of how a pure of a soul, Bobby Curtola was.

Bobby, we know that you are with your friends and family that already have passed and that you are bringing joy to them now. We will wait for the day that we can again share happiness and love with you once more, face to face. But we still have work to do here at EMN and we will listen for your guidance from across the veil. All our love is with you.

Below is his official Bio from his website www.bobbycurtola.com

EVERYTHING YOUR NEED TO KNOW ABOUT BOBBY CURTOLA

In the fall of 1959, sixteen-year-old high school student Bobby Curtola went from pumping gas at his father’s garage in Thunder Bay, Ontario, to the life of a Teen Idol. Who would have known that within a year he would go from playing in his basement band “Bobby and the Bobcats” to recording his first hit single “Hand In Hand With You”. After performing on the Bob Hope Show in 1960, the charismatic Bobby, with his handsome boy next door looks was quickly finding himself within a whirlwind that we now refer to as “Curtolamania.”

Bobby set out on his first Western Canadian Tour in the fall of 1960. From there Bobby went on to become a trailblazer, establishing the first coast to coast tour circuit in Canada. Within the next year he was recording in Nashville with Bill Porter for RCA Studios, where he continued to record for many years.

The hit “Fortune Teller” was released in 1962 and went Gold in Canada. The now Rock n’ Roll Hall of Fame DJ, Red Robinson, was instrumental in Fortune Teller’s success. Seeing its potential internationally, he sent it to Seattle’s KJR and Hawaii’s KPOI radio. A major US record deal was signed and Fortune Teller went on to become a 2.5 million seller internationally! Bobby was invited to tour with Dick Clark and his Cavalcade of Stars. While on tour in England that same year, Bobby met The Beatles and appeared on the famous British TV variety show “Thank Your Lucky Stars.”

In June of 1964, Bobby became the first pop singer to record a jingle that sounded like a “Top 40 Hit Single,” the song was “Things Go Better with Coke.” He signed an exclusive contract with Coca-Cola to be their #1 Spokesman. Bobby, also co-wrote “The Real Thing” which was used for the commercial “Coke’s The Real Thing.”

Bobby success continued on television, starting with American Bandstand. It also included appearances on the world famous Wolf Man Jack Show. He later became the first recording artist to host two Network Canadian TV shows. The After Four Show on CFTO starting in 1965, and the Shake, Rock and Roll Show on CTV in 1973. Bobby was also host to many of the Miss Canada and Miss Teen Canada Pageants.

The year 1972 became a turning point for Bobby. He made the transition from “teen idol” to the “highest paid entertainer” in Canada. Ready for his debut in Las Vegas, Walter Kane, from the Hughes Hotel chain, signed Bobby to a five year multi-million dollar contract. This made him the first Canadian entertainer to receive a long term contract in Las Vegas. Bobby continued a very successful career in Vegas for over twenty years.

In 1990 Bobby released his Christmas Flashback CD, which went gold. He went on that same year to produce his 15 Great Hits CD, on the RCA label. He also began his relationship with The Princess Cruises, performing in the Caribbean and Mediterranean on the Love Boat for the next twelve years.

In 1998 Bobby produced an anthology of his hits. The eight CD boxed set is a pictorial documentation of Bobby’s career. The set includes a duet with Buddy Miles, and the song “Precious

Memories,” which Bobby wrote in memory of Elvis. The CD collection spans four decades, and contains 171 songs that Bobby has performed and recorded.
In March 1998, Bobby launched his “Stand By Me Tour” in Vancouver, and set out on the road performing coast to coast to sold out houses once again. After each show, Bobby was there in his usual form, happy to autograph the tour memorabilia purchased by the long lines of his fans.
Since 1963, when Bobby became an international success with “Fortune Teller,” he has maintained his “Star Status” all over the world. In 1999 Bobby started his Millennium Tour in Malaysia. He performed in many countries and presented his memorabilia to countless Hard Rock Cafes throughout Asia. In 2000, in Bali, Bobby performed at the Hard Rock Hotel and produced the video for Asian superstar Corrina at one of the world’s oldest Hindu water temples. Bobby then starred in a Rock n’ Roll TV program in Jakarta, Indonesia, and produced a Christmas TV special in Malaysia.
Bobby embarked on a European tour in 2001 and visited France, Italy, Switzerland, and England. 2002 was an exciting year with Bobby starring in Sock Hop Reunions throughout Canada.

Bobby has demonstrated an international conscience with his donation of an enormous amount of time and energy toward the cause of the less fortunate. Bobby is involved in many charities and has hosted numerous telethons coast to coast in Canada every year. His global contributions include charitable works in Indonesia, Bulgaria, the Jerry Lewis Telethon in the USA and the Bobby Curtola Foundation for Children in Ecuador.

For his humanitarian efforts within Canada and his major pioneering contribution to Canadian Pop Music, Bobby Curtola received Canada’s highest honour “The Order of Canada” on May 7, 1998. For his contributions and his establishment of his children’s foundation in Ecuador, he was also awarded “The Gold Medal of Merit.”

Over the years, Bobby has performed and befriended many of the most influential musicians of all time including: Elvis Presley, The Beatles, Mick Jagger, The Rat Pack, Roy Orbison, Chubby Checker, Jerry Lee Lewis, and Canadian icons Michael Buble, The Guess Who, Celine Dion, and many more.

› One of the first Canadian artists to receive the RPM Gold Leaf Award in 1966 for Top Male Vocalist (now known as the Juno Award)
› Inducted into The RPM Magazine Canadian Music Industry Hall of Fame by Walt Grealis
› Toronto made April 26, 1996 Bobby Curtola Day
› Awarded the keys to the cities of Toronto, Hamilton, Calgary, Edmonton and Brandon.
› Honored with the naming of the street “Bobby Curtola Drive” in Thunder Bay, ON, September 27, 2003

› Received the First Canadian Registered Gold Album
› A pioneer, instrumental in the early stages of the Canadian Content ruling (the beginning of the CRTC)
› One of the first artists to be a partner in his own publishing, recording and concert promotion companies
› Inducted into the Coca Cola Hall of Fame in Las Vegas in 1997
› May 7, 1998 “The Gold Medal of Merit” and “The Order of Canada

Bobby, You will greatly missed.