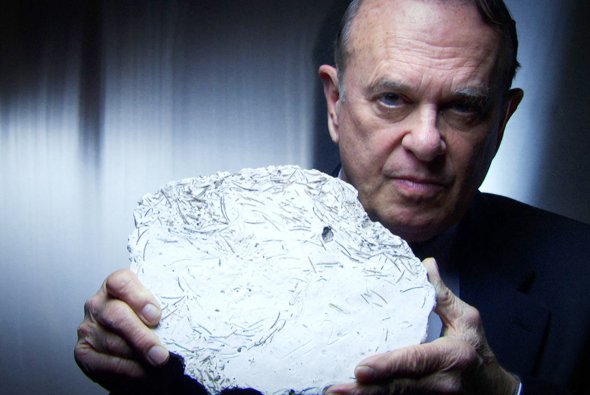 “I have real reservations about the alleged binary code download as it didn’t emerge until 2010 on the 30th anniversary of the event.”

Considered by many to be the most important UFO encounter to date, The Rendlesham Forest Incident is also the most controversial. In late December 1980, there were a series of reported sightings of unexplained lights in the Rendlesham Forest, Suffolk, England, which have become linked with firsthand accounts by multiple military personnel of UFO landings. The events occurred just outside RAF Woodbridge, which was used at the time by the U.S. Air Force. USAF personnel including deputy base commander Lieutenant Colonel Charles I. Halt claimed to see things they described as a UFO sighting. While many military experts have come forth to share their firsthand experiences, there remains some confusion about some of the details.

From Joe to EMN and Gary Heseltine

I would like to forward this e-mail to one of your authors Gary Heseltine in regards to the UFO Incident at RAF Woodbridge/Bentwaters. My understanding he has been working closely with Col. Halt. I realize he (Col. Halt) confirmed a beam of light was shown down on at least one of the bunkers, but he was not there but upwards of one mile away ( from books I have read ) I assume even at that distance he and his team was able to see the beam. Why isn’t more Security Police personal confining this statement , as they where actually there protecting the munitions?

I also read that Ssgt Neville Monroe  ( NCOIC Of the Disaster Preparedness   ) stated that there was some type of disturbance ( where the laser beam penetrated the bunker ) my understanding is he was with Col. Halts team at the time, so where did he get this information from and is there any information as to what type of penetration it was, that is available to read?

What about the statement by AIC Burroughs that one to two days later a military transport plane from Langley AFB with OSI and the US government officials from the CIA landed at Woodbridge/Bentwaters to investigate the effects of the beams and the conditions of the munitions that are housed inside the weapons storage area, any information that someone has more information about that?

I find it interesting that events change, as a example on TV programs they state upwards of three SP personal actually seen the craft up close. Other TV programs say only Ssgt Jim Penningston actually seen and touched it, what’s the real story from your source.

Why the discrepancy about Ssgt Jim Penningston account when he wrote in his black book  ( with drawing sof the craft ) he wrote the time in civilian time ( I believe he wrote it 12:30 AM ) and not military ?  I also believe he entered the wrong day.

Any information on your end that is available would be appreciated

From Gary Heseltine to Joe

Halt because of his rank is reluctant to confirm that it was a nuclear base but Larry Warren already has. I know it was nuclear because I worked at two almost identical facilities in the RAF. 54 people were on shift which makes it clearly a nuclear base on the numbers alone.

Halt saw a beam coming down in the general direction of the Weapon Storage Area from his position in the forest however he couldn’t visually confirm that due to the terrain between him and the WSA. So he turned his radio to the Whiskey channel – the WSA – and heard the guy in the tower confirming that beams were being shone down into the bunkers.

After he came back from the forest he later saw Colonel Williams, the base commander, and told him about the beams and that the ‘ordinance’ should be checked out. Halt didn’t elaborate more but I suspect he does know more.

I recently saw Monroe Nevels in a newish documentary state that some of the weapons (nukes) were taken away.

I recently went public with his comment made in front of me and my wife on Saturday 6th November 2010 as we walked through the forest that ‘there were more nuclear weapons in the WSA at Bentwaters than anywhere else in Europe.’

Halt, Penniston and Burroughs confirm that they saw unusual activity on the base in terms of transport aircraft landing and ‘unknown’ personnel being out in the forest – a possible retrieval/clean up team I suspect who were rumoured to be from CIA at Langley.

The only people to see the craft close up on the first night were Penniston and Burroughs however there descriptions are very different.

Penniston was the one who approached the landed triangular object and touched it.

I have real reservations about the alleged binary code download as it didn’t emerge until 2010 on the 30th anniversary of the event.

I would have to check on the pocket book entry but if you are correct I would find it odd that during his military service that he did not write the date and time down in military format i.e 26 DEC 80 0030 hours as would be used in the RAF.