What’s Really Behind Hillary Clinton’s UFO Discussion In The Media? 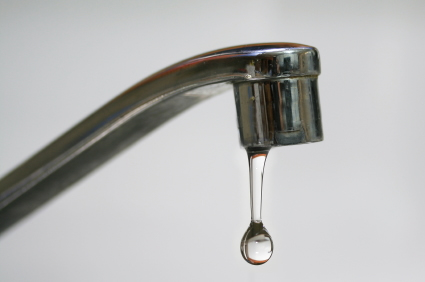 The waters are being tested, albeit one drop at a time, and the public’s thirst for the UFO topic and Area 51 is being explored to determine if the floodgates of disclosure genuinely open up or if the water rationing continues as a voting demographic exploitation that may never fully reveal the truth.

Like water rations released drop by drop to a thirsty public, CNN, The New York Times, The London Times and many more have now come out one thirst quenching drop after another to discuss the possibility of Presidential hopeful, Hillary Clinton’s promise to look into Area 51 and the hidden world of extraterrestrial visitation to Earth, if elected.

More serious in tone than the lighthearted approach we witnessed on the Jimmy Kimmel Show when she tried to bring an air of seriousness to the topic by correcting Kimmel that the proper terminology was not UFOs but UAPs or Unidentified Aerial Phenomenon, this time things are getting serious. And for good reason.

There is no doubt that Stephen Bassett, a registered lobbyist and “Disclosure” activist, has been monumental in leading the charge to end a government imposed embargo on the truth behind the so called “UFO” phenomenon. Bassett  has been inexhaustible in his attempts to penetrate the halls of Congress with his initiatives to raise public and governmental awareness of the hidden truth about extraterrestrial contact here on Earth. Without his relentless efforts spanning decades of commitment, this discussion would quite probably never be in public awareness today.

But the inspiration for this sudden flow of mainstream media coverage in a respectfully intelligent tone for the first time ever has very substantial political significance.

According to MUFON, the National Enquirer reported that a survey found 76% of participants felt the government was not revealing all it knew about UFOs, 54% thought UFOs definitely or probably existed, and 32% thought UFOs came from outer space.

In other poles, response to the question; “Do you believe the phenomenon is, or UFOs are, real?” 37% is the low figure reported and depending on the poll, it can be as high as 45% if not more. That said, the conservative number of 37% represents 96 million Americans of voting age. Significantly enough, half of the remaining 170 million adult Americans are on the fence regarding the UFO topic. This is hardly a minor sentiment. This Presidential candidate is reaching out to a potentially significant demographic.

No doubt Hillary Clinton’s interest in the UFO topic can be publicly traced back 21 years ago to something called the Rockefeller Initiative, where billionaire Laurence Rockefeller met with President Bill Clinton and First Lady Hillary, urging them to release all government held documents relating to the UFO phenomena, end the truth embargo and effectively be the “Disclosure President.”

As we know, “disclosure” never happened with Bill Clinton but what may well be the real impetus behind the present day discussion is the potentially significant influence of voters who, in an election as controversial and unpredictable as this one, may be the deciding factor.

The waters are being tested, albeit one drop at a time, and the public’s thirst for the UFO topic and Area 51 is being explored to determine if the floodgates of disclosure genuinely open up or if the water rationing continues as a voting demographic exploitation that may never fully reveal the truth.

As the 2016 election gets closer and the stakes for the Democratic Party get higher, the UFO topic will be taken a lot more seriously than it ever has been before.