Are Alien Abductions and encounters really what we think they are? 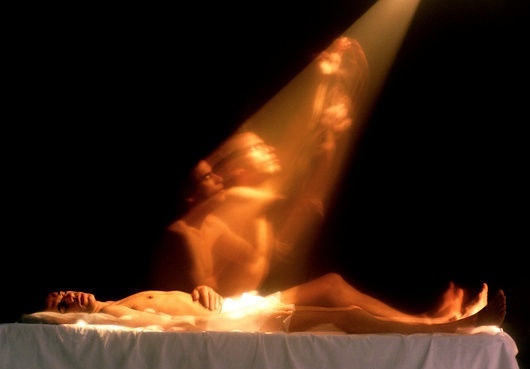 Often during these astral travels you see a portal that opens and entering transports your consciousness to another realm of existence.

I used to think so.

Now I’m convinced they are something far more different than even Experiencers understand.

In the past two years I have had the privilege of meeting and interviewing dozens of people, who are absolutely certain they have encountered other worldly beings.

Their encounters have taken place in their bedrooms, on spacecraft, in underground facilities, in forests, and on roads.

Their experiences have often been terrifying.

They have felt physical pain.

They have seen beings usually only seen in their nightmares.

They have been emotionally scarred.

Indeed, these encounters have been very, very real for all of them.

They are not alone.

Millions of people around the world have experienced the exact same things. In fact, some of the experiences and encounters are virtually identical.

Skeptics would say they’re either mentally disturbed, or simply making their stories up for publicity.

I have yet to meet an Experiencer, who is getting a kick out of telling their story.

In fact, nearly every Experiencer I’ve met and or interviewed, kept their secrets from all but a few of their close friends for most of their lives for fear of being labeled crazy or shunned.

So let’s forget about whether they’re crazy or liars.

To them, these experiences happened.

But did they happen the way they think they did?

In my view, the vast majority of these real experiences are happening in the fourth dimension or better known as the astral world.

For those not completely familiar with this realm, it’s the same world people, who die on operating tables or in their beds – but are revived – often describe as they’re hovering in the air peering down at themselves.

But many people are also able to enter this astral realm on their own, exploring a world many have described to me as being “more real” than living in our third dimensional existence.

So this got me thinking.

This couldn’t possibly have happened in their third dimensional body. The only way that would be possible is if the beings were able to somehow pass through solid matter.

Let’s assume they can.

What about opening a portal in the wall or ceiling?

That’s a possibility. I haven’t ruled that out entirely.

But it doesn’t explain why so many Experiencers, who insist they have been taken through their walls or ceilings are never missed by their spouses or children or roommates.

Have the beings done something to their loved ones so they remain asleep?

But in my view, what really is happening is that it’s the consciousness of these Experiencers that is really being abducted.

Just like when you are astral travelling, it’s your consciousness that is actually travelling. Your physical body is still in bed, asleep or in a highly meditative state.

In the astral world you’re consciousness isn’t bound by any of the third dimensional rules. You can travel through walls, and ceilings, doors and windows, even through other solid structures.

Often during these astral travels you see a portal that opens and entering transports your consciousness to another realm of existence.

Jason Quitt, who co-wrote our book “Forbidden Knowledge-Revelations of a multi-dimensional time traveler” explained to me how beings would come to him and forcibly “yank” his consciousness” out of his body and take him to places in multi-dimensions.

It’s entirely possible that beings are doing the same thing to their targets for abduction.

Now, I understand how many Experiencers will undoubtedly insist that they were physically present during their abductions and that there is absolutely no way that only their consciousness was hijacked.

Perhaps they were because I’m not saying all abductions take place in the astral world.

There is evidence that some abductions do take place in the physical world.

But for those who are reading this, try to remember whether at any time during your encounters – even your most horrifying experiences – did you ever truly see your own body?

Or did you only view events – and the alien beings – through your eyes?

Astral travelers have 360-degree vision but they experience events and travel through eyes that don’t physically exist.

So if they’re really experiencing these events in the astral plain, how come they experience pain?

There is no doubt their pain is real. But consider that pain really exists in the brain – not in the body – then is it so unbelievable that the pain being felt is actually being experiences in your consciousness?

Think about people who have had a limb amputated. Many often experience phantom pain for sometime. The limb is gone but their brain hasn’t fully accepted it yet.

Because your experience is so unsettling and so terrifying during abductions is it not understandable why you might believe you are physically there and physically experiencing the pain?

I’ve asked several Experiencers about the pain they felt and every single one told me upon reflection that they now can’t remember whether they actually saw their bodies during these so-called medical experiments.

Now there’s another aspect to abductions that needs to be explored.

But let’s take that one step further.

Many of these same experts also believe that reincarnation is not only real but that it doesn’t only take place in the human form. That all living species in the universe – and multi-verses – are connected by their consciousness to a “source.”

What that means is that a person, who is reborn as a human in one life might also have existed as an alien life form in another existence and visa versa.

Wouldn’t this explain why every single person, who has encountered a Mantid being has experienced nothing but overwhelming love for the insectoid creature and that this love is reciprocated by the being.

It’s certainly something to think about.

What if abductions are not sinister events but a way for our alien ancestors to reconnect with their genetically-linked human relatives?

Several of the Experiencers I’ve met and interviewed have told me that while undergoing medical experiments or other less evasive tests that the beings have telepathically told them not to be afraid and to relax because “they’ve agreed” to what is being done to them.

What if these highly intelligent species are simply bringing their relatives back to meet them in human form to see how they’re doing as humans? This agreement is widely known and an accepted practice throughout the universe.

Is this really far fetched?

What about encounters where abductees claim they have been impregnated by beings and then have had their fetus removed before they give birth and also have been shown human-hybrid infants during other abductions?

Perhaps there is nothing sinister about this either.

Perhaps whatever species is doing this has a good reason.

What if it’s the species is dying and creating a hybrid race is the only way to ensure their survival on Earth?

There could also be another more alarming reason for the hybridization.

What if the aliens know that Planet Earth’s atmosphere is dying and that the only chance for humanity’s survival is for a new species – a hybrid species – to be created so they can survive the coming climate changes.

There is one other disturbing revelation that has surfaced during many of the interviews I’ve conducted. Often, during their alien encounters, Experiencers insist that off to the side are military personnel. This especially seems to happen during encounters that take place in what Experiencers believe are underground facilities or in some kind of factory.

These types of experiences are physical – not astral – and what if they are being done either by the military alone or in partnership with an alien species?

What if the shadow governments know that humanity is doomed – that some cataclysmic event is going to happen?

Would that not explain why many UFO experts believe there are self-contained mini cities underground throughout the world, especially in North America.