The Greatest Story Of Humankind. 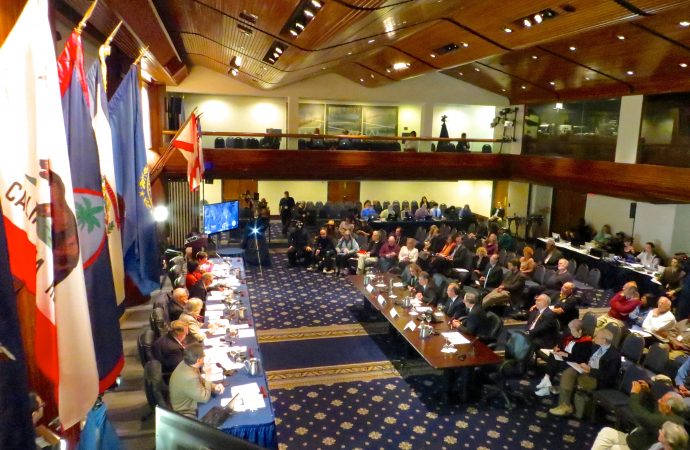 “We are not alone in the universe. They have been coming here for a very long time…” – Former Astronaut, Capt. Edgar Mitchell,

Three years ago this week (April 29 to May 3, 2013) the Paradigm Research Group — spearheaded by political activist and ET lobbyist, Stephen Bassett —  held the “Citizen Hearing on Disclosure” at the National Press Club in Washington.

Presented in a Congressional style hearing, former U.S. Senator Mike Gravel, and former Representatives Carolyn Cheeks Kilpatrick, Roscoe Bartlett, Merrill Cook, Darlene Hooley, and Lynn Woolsey oversaw 5 days of presentations and testimony by award winning journalists, researchers, authors, Air Force professionals, aviation experts, and ex military personnel from around the world as they presented their firsthand experiences and documented research about a long history of UFOs interacting on our planet and the need for “Disclosure”.

“Disclosure” is defined by Wikipedia as “the revelation of supposedly suppressed evidence of extraterrestrial life by the United States government or other world governments.”

The “Citizen Hearing on Disclosure” was groundbreaking in terms of establishing an unprecedented level of credibility to the UFO/ET topic. Stephen Bassett and the 40 brilliant witnesses representing 10 countries brought more public and political awareness to an extraterrestrial presence engaging the human race than any other event to date.

Amongst the many topics and presentations featured during the Citizen Hearing, this deathbed confession of a dying CIA Agent reveals the truth about the US Government and alien contact.

This is greatest story of humankind and as the 3-year anniversary of the “Citizen Hearing on Disclosure” is upon us, it is time that governments everywhere lift the veil of secrecy that has shrouded this subject for over 60 years.

In the words of Former Astronaut, Capt. Edgar Mitchell, “We are not alone in the universe. They have been coming here for a very long time…”

The time for “Disclosure” is now!

Photos and article by Sid Goldberg