Our country has played host to beings from another planet. 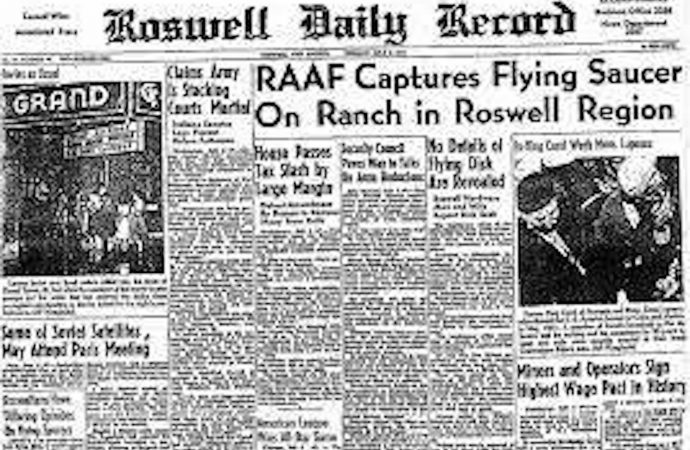 The most disturbing aspect of this investigation was there were other bodies found not far from LZ-1 that looked as if they had been disected as you would A frog.

For anybody interested in the UFO and alien phenomena I highly recommend getting on the email mailing list of George Filer’s incredible weekly reports – majorstar@verizon.net. You won’t be disappointed and it’s free.
His information is always intriguing and astounding. His latest report looks back at the Roswell crash. And while this has been documented many times, this report brings it all together in one very readable and concise document.

Extremely interesting is the full PDF of a top secret file. Near the end of this document is information that I had never read before although I’m sure others have. The writer indicates some of the bodies found appeared to have been “dissected like a frog.”

The full PDF is available in the just issued weekly Filer’s report. But for those who have never read this section, it contains the following info.

11. As to the bodies recovered at LZ-2, it appeared that none of the five crew members survived entry into our atmosphere due to unknown causes. DR.DETLEV BRONK has been asked to assist in the autopsy of one well preserved cadaver to be done by MAJOR. CHARLES K. REA.

From what descriptions the team was able to learn and from photographs taken by intelligence photographers, the occupants appear in most respects human with/some anatomical differences in the head, eyes, hands and feet
They have a slight build about five feet tall, with grayish-pink skin color. They have no hair on their bodies and clothed with a tight fitting flight suit that appears to be fire proof (some of the bodies looked as if they had been burned on head and and hand). Their overall stature reminds, one of young children. It is believed that there were male and female genders present, but was hard to distinguish.
12. The most disturbing aspect of this investigation was there were other bodies found not far from LZ-1 that looked as if they had been disected as you would A frog. It is not known if army field surgeons had performed exploratory surgery on these bodies. Animal parts were reportedly discovered inside the craft at LZ-2 but this cannot be confirmed. The team has reserved judgement on this issue.
13. Our assessment of this investigation rests on two assumptions: 1) Either this discovery was an elaborate and well orchestrated hoax (maybe by the Russians), or; 2.) Our country has played host to beings from another planet.