The 1996 “Hungarian Roswell” You Never Knew About

An article going around the web speaks about “leaked” documents reported about a 1996 crash never made public, at least in NorthAmerica.

In Texas UFO Sightings it is reported that a Slovakian ufologist claimed to leak “top secret” UFO files from the Hungarian Air Force to MUFON. Texas UFO Sightings has looked into the files and feels it’s well worth sharing with the UFO community for further investigation.

While it is posted here, I am reaching out to any Hungarian speaking readers who can comment on the authenticity of this report as well as the alleged original documents leaked in this link originating 27/10/2013, almost 3-years since the original article:

“The files document a September 18th, 1996 crash between a Hungarian air force pilot and an extra-terrestrial space craft, interactions with the live ET recovered from the crash, and a plan to hide the information from the public, even profiling witnesses, in particular a curious ufologist.”

The original Hungarian documents have been leaked in a recent MUFON report and previously in 2013 by  Slovokian ufology website. (The source could be the same for both.)

Whether or not these files can ever be validated, it’s crucial to note that the crash in question did actually happen – the cause of it is the only thing up for debate. The  following is a summary of the contents of these files, based on translations shared in both the MUFON report and the ufology website. Texas UFO Sightings “Google translated” some key phrases, but overall could not translate the blurry photo copies. If you speak Hungarian, and can help verify the translations below, please reach out and let us know.

The crash apparently  happened in the town of Papa, south of Lajosmizse in central Hungary: 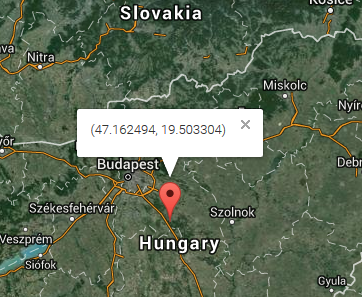 According to the many documents (10+ pages) published over a period of time, two alien bodies were retrieved from the crash – one was dead and had an autopsy perfomed, while the other was alive and detained. The living alien resembled a small humanoid man (sounds like Roswell), and the Hungarian/Slovakian government wasn’t able to learn much from the alien but speculated it was angry at them, and plotting an escape that would rely on some sort of “cosmic energy” beyond the Air Force’s understanding:

“Over the past five days it was made ​​one attempt to engage in some mutual communication between him and us. It does not respond to any of our experiments – we have the impression that harbors anger toward us because of detentions.”

Or does not communicate telepathically – the attempt was unsuccessful. We do not have sufficient experience with it, an expert in telepathy could not be present due to confidentiality reasons.

We fear that by being may change behavior for long-term retention, which can lead to the creation of some power, which may optionally be combined with cosmic energy that could help him try to escape.

“They are among us some who are worried about this.”

They argue that being in relative calm, because he knows that at any moment can escape from captivity, when his second attempt to rescue him flying objects.

The government also had theories about the alien’s space craft:

“The power unit of the device is a machine, but the fact we have not nedopracovali. The machine works on the principle of an unknown, probably produces or uses magnetic effects.”

Opinions are divided. Some of us believe that the motion itself does not produce the necessary energy power unit, but the unit it receives from the cosmos. We suspect some “lines of force”, “energy channels” or other physical phenomena.”

There was concern about the witnesses:

“The second eyewitness could be a problem since disappeared. From what he learned from ufology literature he was so cautious that has caught on to what will follow.”

Eventually, the event gets classified as operation “Second Object” and it is decided that anything related to it should be hidden from public:

[Translation]”So, gentlemen, we can sum it up. The “second object” do not say, even confidential, insider circles! After the house this operation action name “MO” ( “second object”) *. Later, we decide that what will happen next with flying objects and live alien beings brought to the base. This is not just about us. While it is most important to be published in print only what used to be published in other cases. “Everything else that refers to “MO”, we have to hide from the public.”

What makes the files all the more intriguing is that (1) there is barely anything online about them and no clear attempt to profit from them, and (2) the pilot who crashed into this ET ship is real – there’s in fact an official public record of the September 1996 crash and pilot Attila Dobay’s ejection from his plane,  due to “hydraulic problems”: 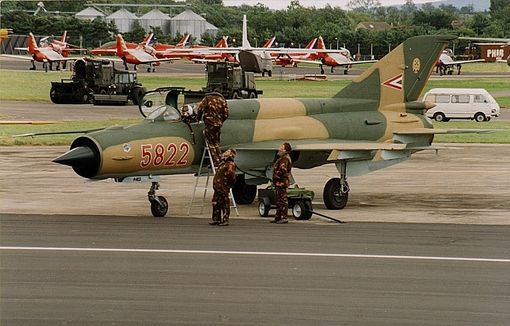 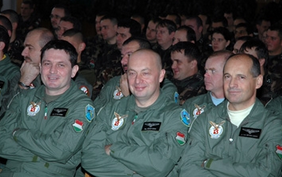 Finally, the MUFON report includes a detailed plea for the ufology community to share this case with the world and place it next to UFO events like the Roswell crash in history.

If these documents are real, they join a very large mountain of now declassified files from all over the world. The CIA even recently blogged about its own UFO X-files, and went so far as to encourage thorough investigation of flying saucers and other unidentified flying objects. Even Hilary Clinton has made UFO Disclosure a campaign talking point.

Clearly, a lot has come out about UFOs since this supposed 1996 “Hungarian Roswell.”

“Is the public informed enough now that it’s finally okay for world governments to be open with its citizens about extra-terrestrials and UFOs?”

What do the readers of EMN think, true or misinformation? If there is anyone who can read the original article and documents and offer informed commentary on this report it would be appreciated by the staff and readers of EarthMysteryNews.com.