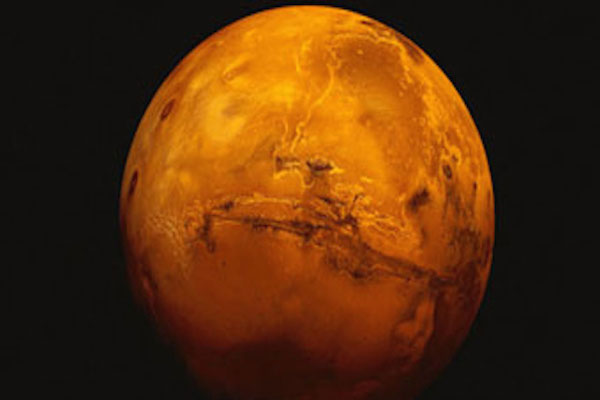 “The biggest surprise was how large the methane signals were. We have not found life, but we have found methane that could potentially support microbes in the subsurface of Mars.” – Nigel Blamey, Ph.D., Geochemist, Brock Univ., Ontario Canada

June 17, 2015 – Curiosity rover in Gale Crater on Mars reported a big spike in methane readings between November 2013 and July 9, 2014. On Earth, methane is associated with living organisms and the Martian methane spikes imply something is producing fresh methane. But the exact source of up and down measurements of methane on Mars is still unclear. One possibility is that Mars has underground colonies of methane-producing microbes known as methanogens. Now adding to the Martian methane-life puzzle is Mars meteorite research published in the June 16, 2015 Nature Communications. Nigel Blamey, Ph.D., Prof. of Geochemistry at Brock University in St. Catharines, Ontario, Canada, led an investigation of six Martian meteorites. When ground up, all six released methane and the scientists were surprised that the methane signals were high. Why? Prof. Blamey said, “We have not found life, but we have found methane that could potentially support microbes in the subsurface of Mars.”