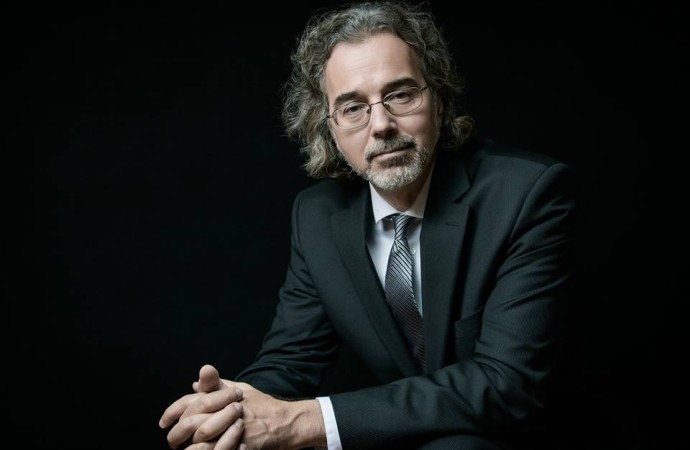 Probably the most interesting current controversy in ufology concerns what have become known as the “Roswell Slides.” This involves two Kodachrome slides that were allegedly found in the home of a deceased couple.

Probably the most interesting current controversy in ufology concerns what have become known as the “Roswell Slides.” This involves two Kodachrome slides that were allegedly found in the home of a deceased couple. There is a long backstory to this, much of it written by Anthony Bragalia here, here, and here. Also by many others, including Nick Redfern and Kevin Randle.

It’s a fascinating story, and according to the latest analyses done on them (none of the specific results of which have yet been made public), the slides appear to be from 1947 film stock. Nailing down the date of exposure is another matter and may not be possible. Not surprisingly, they have been dubbed the Roswell Slides, despite the fact there is no direct link between these slides and Roswell, only surmise. And in fact, the name is unfortunate, since connecting them with Roswell has not added any clarity to the conversation, but has only added noise.

Like many who study UFOs, I followed this development from afar, observing both the support and dismissals the slides have received, despite the fact that they have not yet been released for public analysis. Only a blurry image is currently available.

I have never presumed that I am in a position to critique the way this has been handled by the people involved. It’s never been my business or concern. Like most others following this, I have held the position that we can better make a decision about everything once the information is available for everyone. Until then, I have not seen the point of supporting or dismissing them — at least not to excess. In a case like this, I see nothing wrong with (A) arguing the slides are of potential significance and warrant greater study and investigation, and (B) arguing that caution and skepticism remains in order.

Both positions are reasonable, in my view. Position A is not hard to understand. After all, the so-called Dream Team investigators have stated the preliminary analysis shows the creature in the slides is not a human, not a mummy, not a doll, not an animal, and appears on film stock from 1947. If this turns out to be so, how can that not be of interest?

Position B is also valid. Kevin Randle pointed out, even if the slides turn out to be on 1947 film stock, can we really be sure they don’t depict a mummy or dummy? Perhaps a public analysis will enable us to come to such a conclusion, but for that we will have to wait. More significantly, there doesn’t appear to be a confirmed chain of custody of the slides following the deaths of their original owners, Hilda and Bernerd Ray and when they turned up a few years ago. It is a gap of roughly two decades. We are told certain things about how they were maintained during the interim and brought to the attention of researchers Don Schmitt and Tom Carey, but how can such things be confirmed? The chain of custody problem is a definite problem for those seeking to prove these images depict a dead alien.

In addition, we might wonder how Hilda and Bernerd Ray would have come into possession of such images. Yes, they appeared to have some money and means, and travelled quite a bit. Yes, they had original images of General Eisenhower and golfing legend Sam Snead. But as Randle pointed out, this doesn’t necessarily mean a great deal — many people would have been able to photograph those people at the time. It does not explain how they would have had access to what would have to be highly classified information. I am not saying such a thing is inherently impossible. Leaked data regarding UFOs has been taking place since the 1940s, but it’s still a reasonable question to ask.

Of course, one fact of potential significance concerns the background of Bernerd Ray. He was the President of the West Texas Geological Society, which at the time also ‘folded in’ the State of New Mexico. Literature searches confirm that he worked the Permian Basin (which includes the Roswell region) in the 1940s. It’s clearly a suggestive connection if nothing else.

Most recently, Nick Redfern has written a critique on why he believes the slides do not depict an alien being. In fact, says Nick, he believes the figure depicted in the slides is indeed a mummy. He may be right about that, or he may not. I would not care to jump in until after (A) seeing the clear slides myself and (B) reading detailed analyses by experts in mummification.

Incidentally, despite his skepticism that the slides depict an alien being, Nick continues to support the idea that they warrant further study–even if he is personally no longer interested in them. I agree with him–they do. And I cannot agree with those commentators who dismiss the slides outright as another “Alien autopsy hoax.” There is no reason the slides shouldn’t get their own public hearing and analysis before such a judgment is made.

That had been my feeling all along. Then, in February 2015, to my great surprise, I was asked by Jaime Maussan if I would attend the event being planned in Mexico City on May 5 — Cinco de Mayo. It is there, presumably, when all will be revealed regarding the slides. Or all that is currently known, at least.

I had much hesitation about participating. I asked Jaime, what could I possibly contribute to any of this? I had no information on this controversy than what I had been reading along with the rest of the world. There are also other researchers who have been looking into this far more carefully than I have. Jaime’s reply was that he wanted me to offer my thoughts on the future of ufology and the potential for the end of UFO secrecy–that is, “Disclosure”–if there were to be general agreement that the slides are authentic. I did co-author a book on the potential ramifications of Disclosure, and do find it interesting to speculate on this subject.

I didn’t agree to participate, however, until after I had a long conversation with Don Schmitt. Of all the people with a connection to the slides, I know Don the best. He helped to fill in many of the blanks I have had on the controversy, and I came away with an even stronger feeling that this is indeed a fascinating development in the UFO field. I also had a long and productive conversation with Tony Bragalia, for whom I have a lot of respect.

So I have decided to attend. My remarks will have nothing to do with the authenticity of the slides, or their alleged lack thereof. I don’t think it would be appropriate for me to jump in, and it’s a debate that others can engage in. The event will either be history in the making, a much-ballyhooed flop, or — most likely, I am thinking — something in between, where there will continue to be important unresolved questions concerning the slides. Not enough for either a homerun or a strikeout. We shall see. In any case, I think I will appreciate getting an up-close perspective on all this.

Some have criticized the event itself as being too sensationalistic. Indeed, the conversations on this subject have been marked by extreme opinions, especially by a few skeptics who seem to revel in trivializing the subject matter and the researchers associated with it. Some don’t like the fact that the event is being organized by Jaime Maussan. Or they don’t like the fact that this big reveal smacks more of a marketing campaign than a research analysis.

There will always be things to criticize by those people who are simply intent on finding something to criticize. Nearly everything in UFO research is messy. Plus, there is a perennial shortage of funds to do things the way we would all like. No research money, for starters. Nor, with a few exceptions, is there much funding in the way of presenting highly professional conferences. So when an opportunity comes along in which the evidence can be presented in a professional manner to a large audience, is this really what critics want to focus on? Isn’t it more relevant to restrict one’s analysis to the actual slides and the story behind them?

I won’t be participating in the arguments and mudslinging that has accompanied this development. For my part, I will be happy to have a ringside seat at the event in Mexico City and the opportunity to provide a bit of commentary.

As of now, I am not expecting these slides or this event to be a make-or-break event in ufology. But they are fascinating to me, and I do think they have the potential to be of real interest.