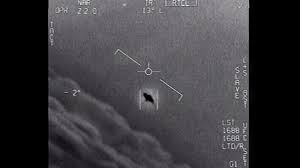 An astronomer with the Harvard-Smithsonian Center for Astrophysics is planning a $1.5 million expedition to recover what he believes could be alien technology resting on the ocean floor.

A meteor traveling at over 100,000 mph exploded and fell into the South Pacific eight years ago, and academics like professor Avi Loeb believe it was from another star system, according to a report.

By retrieving the debris of that meteor, Loeb said he hopes to discover its origins, going so far as to suggest it might be alien technology.

After receiving data from its detection, Loeb and Amir Siraj, who was at Harvard University at the time studying astrophysics, posited in 2019 that it was not from Earth’s solar system.

“It moved very fast, roughly 40 kilometers per second, when it exploded in the lower atmosphere,” Loeb said. “And from that, we can infer that it was moving much too fast to be bound to the sun.”

The scientists’ initial work was rejected due to incomplete data, but in April of this year, NASA released a statement that appeared to confirm the notion that the object was from another solar system.

With this new knowledge in hand, Loeb announced he would launch a privately funded expedition to recover the pieces of the object resting on the ocean floor, according to the report.

“It’s just like mowing the lawn,” according to Loeb. “We are planning to use a sled with a magnet that will scoop a very thin layer off the top of the muck.”

When found, he hopes to study the object’s composition.

“There is also the possibility that it will be made of some alloy that nature doesn’t put together, and that would imply the object is technological,” Loeb said. “If you ask what my wish is, if it’s indeed of artificial origin, and there was some component of the object that survived, and if it has any buttons on it, I would love to press them.”

The idea of the debris having extraterrestrial origins excites Loeb, but many other astronomers remain skeptical of the notion, the report noted.

They allege there are far more and far simpler “natural” explanations, the report noted, and that the data is incomplete and has been “sanitized.”

“I think there’s a case to be made that this could be interstellar in origin,” Arizona State University planetary scientist Meenakshi Wadhwa said.

“[But I would] add the caveat that none of the work so far on this is in the peer-reviewed literature. … The science has not really been vetted to the extent that I would like to see it vetted.”

Another critic appeared to have little faith in the idea of an expedition.

Loeb is undeterred by the criticism and called his expedition an effort in “interstellar archaeology.”

“My point is if a cave dweller were to find a cellphone, the cave dweller would argue the cellphone is a rock of a type that we’ve never seen before,” he said. “And the only way to find out is to press some buttons on this cellphone and realize that it records your voice, it records your image. Then it will be clear that it is not rock.”