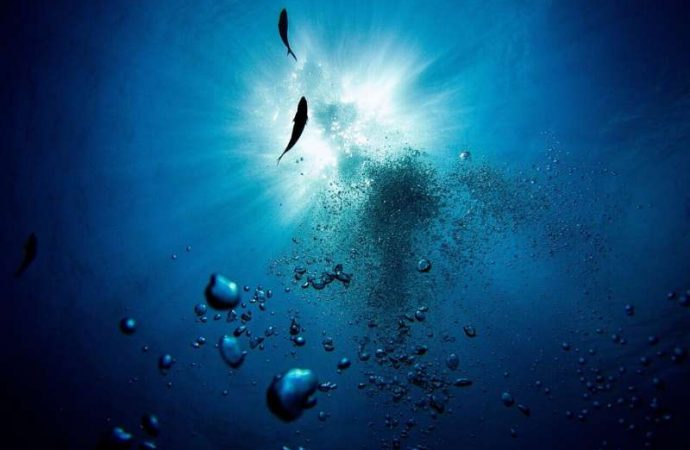 When Chilean scientist Osvaldo Ulloa led an expedition 8,000 meters under the sea to an area where no human had ever been, his team discovered microscopic organisms that generated more questions than answers.

The January submarine expedition dove into the Atacama Trench, created by the meeting of two tectonic plates in the eastern Pacific Ocean.

“We pulled off the feat of taking humans into the trench where no other human being had been before,” Ulloa, the director of the Millennium Institute of Oceanography at the University of Concepcion, told AFP.

He was joined by American explorer Victor Vescovo and Millennium assistant director Ruben Escribano on the 12-week journey off Chile’s northern coast in the 5,900-kilometer (3,650-mile) long trench that extends up to Ecuador.

By the time the expedition, named Atacama Hadal, reached a depth of 100 meters it was already in pitch black darkness, with the crew members’ vision limited to what the submarine’s powerful LED light could capture.

Further down out of the darkness emerged remarkable examples of deep sea life.

“We came across geological structures and there we saw a type of holothurians or translucent sea cucumbers, like jelly, that we had not recorded and were most probably new species,” said Ulloa.

“We also discovered bacterial communities that had filaments that we did not even know existed in the Atacama Trench and which feed on chemical and inorganic compounds.

“That opened up a huge number of questions: What are those compounds? What type of bacteria are they? We have no idea, we’re going to have to go back there.”

The expedition also found species of amphipods, a type of crustacean closely related to shrimp, which were scavenging crustaceans, segmented worms and translucent fish. They were discovered in the same place in an unmanned expedition in 2018.

The Atacama Trench—also known as the Peru-Chile Trench—lies where the Nazca and South American tectonic plates converge.

It is an area that has produced many earthquakes and tsunamis.

“We will put three sensors on the South American Plate and two on the Nazca Plate to see how the oceanic floor is deformed,” said Ulloa.

For the moment, “these types of sensors only exist on land.”

The devices will allow scientists to observe where energy is building in areas that have not had an earthquake, thus helping predict where the next temblor will take place.

“It is an incredibly ambitious project,” said Ulloa, adding that it is “the largest experiment that has been done in underwater geology here in Chile.”

The sensors are due to be placed during the second half of this year.

“There is a lot of interest from the international community to put more sensors in this region to study all the processes associated with the collision of these two plates.”