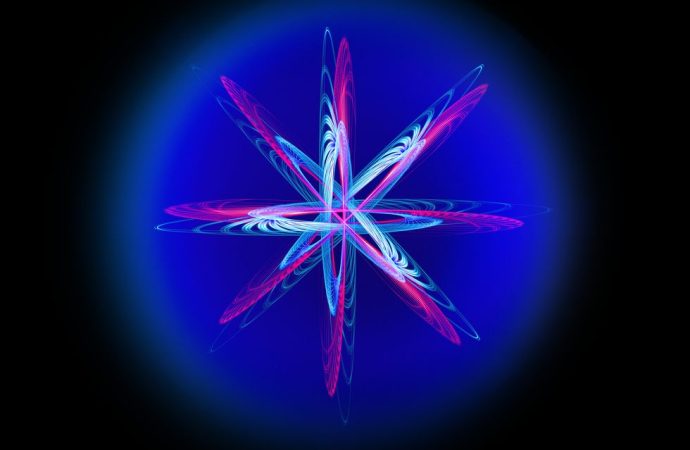 The W boson, one of the universe’s fundamental particles, may be heavier than scientists previously thought.

The W boson, one of the tiniest, most elementary particles in the known universe is causing a big ruckus in the field of particle physics.

New findings about the particle, which is fundamental to the formation of the universe, suggest its mass may be far heavier than predicted by the Standard Model of particle physics—the theoretical “rulebook” that helps us make sense of the building blocks of matter. If true, it could signal a monumental shift in our understanding of the universe.

According to the Standard Model, W bosons (together with another particle, called Z bosons) are responsible for the weak nuclear force, one of the four forces that hold together all observable matter in the universe. The other forces include gravitational force (for which there is currently no explanation in the Standard Model), electromagnetic force, and the strong nuclear force.

Gravitational and electromagnetic forces work across large scales. Think: the sun’s hold over distant planets, or the journey light from far-off stars makes across the universe. Weak and strong nuclear forces, however, interact with the tiniest objects in our universe and occur only within the nuclei of atoms. (Coincidentally, these are the forces responsible for generating radioactivity.)

The weak nuclear force is particularly important. It is responsible for, among other things, the process through which the sun forms helium from hydrogen, and is critical to the formation of our universe. “If it wasn’t for this force, none of the heavy elements beyond hydrogen would form,” Ashutosh Kotwal, a physicist at Duke University and one of the leaders of the experiment, tells Popular Mechanics. “It is crucial to our existence.”

Scientists first predicted the W boson in the 1960s, but it wasn’t until 1983 that a team of researchers at CERN (the European Council for Nuclear Research) proved its existence. (Both teams won Nobel Prizes for their work on the particle.) Since then, research teams have sought to precisely identify the mass of the W boson, a critical measurement that acts as a key parameter for the rest of the Standard Model’s framework.

An international team of more than 400 researchers—collectively known as the Collider Detector at Fermilab Collaboration—worked together to analyze almost ten years of data collected from Fermilab’s now-defunct Tevatron particle accelerator in Batavia, Illinois. And they have found something peculiar: the W boson mass measurement they report in their new paper, published today in the journal Science, is approximately 0.1 percent heavier than previous estimates.

The researchers were able to measure the mass of the W boson by smashing beams of protons and antiprotons together in a vacuum. These collisions generate a slew of different particles, but rarely produce a W boson. “We are not able to measure the W boson directly, in a sense, because it decays incredibly fast—in something like a trillionth of a trillionth of a second,” Kotwal explains.

“IT’S REMARKABLE HOW RESISTANT NATURE IS TO REVEALING HER SECRETS … IT’S A WONDERFUL CHASE, BUT IT’S ABSOLUTELY MADDENING.”

So, the team must analyze the remnants of the W boson, the particles it leaves behind in its wake. But only certain combinations of leftover particles can give scientists the data they need. In particular, Kotwal and his colleagues sought out collisions that produced two specific pairs of particles: either a muon and a neutrino, or an electron and a neutrino. (Muons, you may know, are the much, much heavier subatomic cousins of electrons. Neutrinos, affectionately known as ghost particles, are electrically neutral and have an impossibly small mass. An electron is, well, an electron.) By measuring the position and energy of these particle pairs, the team was able to determine the mass of the decayed W boson.

It’s an incredibly difficult task, though. Out of the roughly 450 trillion collisions that the team observed between 2002 and 2011, only about four million collisions generated enough high-quality data about the W boson.

From this data, they estimate the new mass measurement of the W boson to be 80,433.5 ± 9.4 MeV/c2—a far-cry (in the realm of quantum mechanics, that is) from previous measurements, and from what the Standard Model suggests it should be. It is the most precise measurement recorded yet, the team reports, roughly twice as precise as previous calculations. David Toback, a physicist at Texas A&M University and a co-spokesperson for the 400-person team, likens it to precisely measuring the weight of an 800-pound gorilla to within one ounce.

Now, it’s up to the scientific community to figure out exactly what these findings mean. It could mean, for instance, that there are previously undiscovered particles waiting to be discovered, or physical interactions entirely new to science. “It’s remarkable how resistant nature is to revealing her secrets,” Toback tells Popular Mechanics. “It’s a wonderful chase, but it’s absolutely maddening.”

The next step, of course, will be to perform even more experiments and get confirmation of this measurement from an independent source. Toback is hopeful that the CMS and ATLAS experiments at CERNS’s Large Hadron Collider in Geneva, Switzerland—each of which rely on the participation of thousands of scientists—will provide even more data in the near future, and, if we’re lucky, some new insight.